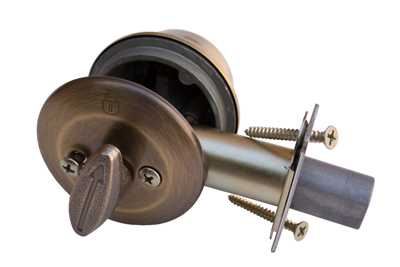 The best way to prevent thieves from entering your home? Locking your doors and windows. See more lock images.[
Eutoch/Dreamstime

Sometimes the best answer is also the most obvious one. When it comes to keeping burglars out of your house, the basics make the biggest difference: Lock your doors and windows.

It may sound like a no-brainer, but according to the Federal Bureau of Investigation, 27.8 percent of the total burglaries committed in the United States in 2006 were no-force entries. This means that in more than 607,000 burglaries that year, the thieves simply opened an unlocked door or window and went right in.

So what does all of this tell the average homeowner about the average burglar? For one, it points out that most thieves prefer to work when no one is around. Since you can't very well quit your job, arm yourself with a shotgun and lay in wait day after day for a burglar, you're going to have to take steps to reinforce your home's defenses.

It's commonly held that if a determined burglar wants to get inside your house, he or she eventually will. But you can make it an uncomfortable and dangerous experience. To do this, you have to think like a criminal. Walk around your house, inside and out, and "case the joint." Look for signs of weakness, where a burglar could most easily gain entry.

Begin with your locks. It's recommended that your door have at least one deadbolt lock, with a one-inch or longer throw (meaning the bolt passes one inch into the door frame). Ideally, the deadbolt lock should be a double cylinder lock, one that requires a key on either side of the door. This is especially the case with doors that have glass panes within 40 inches of the door knob. In this situation, a burglar can easily break the glass and reach in to unlock the dead bolt if it has a turn knob rather than a keyhole.

In some areas, however, double cylinder dead bolts are a violation of the fire code, since they can trap a person inside his or her burning home. If double cylinders are unlawful in your town, you can solve the problem by simply replacing your glass-paned door with a solid one.

Solid metal doors or solid wood doors with metal sheathing outside, along with a peephole, are optimal. But your door is only as good as the frame that holds it. Investing in a solid metal frame with at least one three-inch screw for each hinge plate can make it difficult for a burglar to kick your door frame right off the surrounding wall.

Making your house a hard target for burglars doesn't begin and end with simply locking your doors, however. After all, while a sliding glass door may be locked, it can also be broken. Read the next page to learn about other ways to make your home less attractive to burglars. 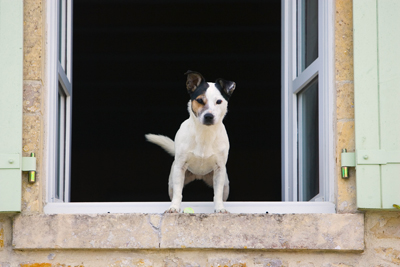 10 Simple Ways to Discourage Break-ins
What are the dangers of mercury exposure?
How Combination Locks Work