by Laurie L. Dove Jan 3, 2020
It's such a simple thing, leaving a single faucet dripping, but it can prevent so many complications later on. aristotoo/E+/Getty Images

How much value does one dripping faucet have? A lot, if it keeps your home's water pipes from bursting during frigid weather. Burst pipes are one of the most common causes of property damage during a bout of freezing temperatures, with homeowner claims averaging more than $10,000, says the Insurance Information Institute. The cost of a water leak from frozen pipes is even higher for business owners, where claims average about $27,000 but can occasionally reach into the millions, notes a Philadelphia Insurance Companies report.

But can one dripping faucet really save the day? If it's the right one. The dripping faucet should be as far away from the water source as possible so the water will flow through the entire length of the system. If you aren't sure where the incoming water source is located, setting any faucet to drip will help. A common misconception is that the drip prevents water from freezing because it stays in motion when it's running through the pipes. Although this helps, the truth is that at extreme temperatures water can freeze even while it is flowing. The real reason a dripping faucet can help prevent pipes from bursting is that the constant drip relieves pressure that is building up in the pipes between the ice blockage and the faucet, and helps to prevent them from bursting when the pipes begin to thaw.

Pipe joints are especially vulnerable, but water — which expands as it freezes — can stress metal or plastic pipes at almost any point. The pipes become damaged during the freeze, but don't begin to wreak havoc until they thaw. The combined pressure of the expanding and shrinking ice blockage and the increasing water pressure behind it can cause pipes to leak or burst. This is why you'll always want to leave a faucet on if a pipe is frozen completely, even if there's not enough water flow for a drip. When the ice thaws, the water needs somewhere to go in order to relieve pent-up pressure.

When a cold snap hovers around or below 20 degrees Fahrenheit (-6 degrees Celsius), it's time to let at least one faucet drip. Pay close attention to water pipes that are in attics, garages, basements or crawl spaces because temperatures in these unheated interior spaces usually mimic outdoor temperatures. Likewise, you'll want to keep an eye on pipes that run along exterior walls and make sure they have additional insulation. If a faucet is located in a base cabinet in a kitchen or bathroom, open the cabinet doors to allow the home's warmer air to reach the pipes. This is especially important if the sinks are located along an exterior wall.

It's a good idea to know where the main shut-off valve is in your home, in case a pipe does burst or leak. Usually this main shut-off valve is located where the main water line enters the house; however, it could be located near the exterior water meter. If you know how to quickly shut off this water source, it could turn a huge flooding disaster into a minor inconvenience — and save you money in the process.

Now That's Interesting
If you're escaping from the cold during the wintry months, don't forget to turn off the water main before you head out.

Lions, Tigers and … Ligers? Oh My!

What's the Difference Between an Avenue, a Road and a Boulevard? 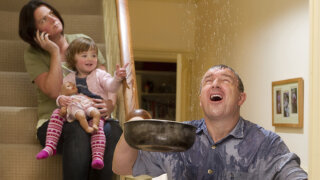 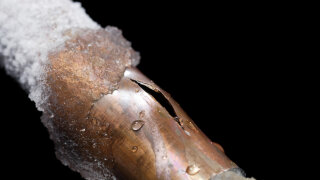 How To Fix Pipes 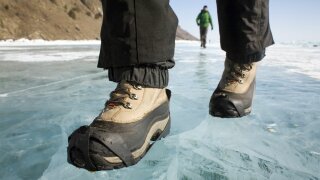