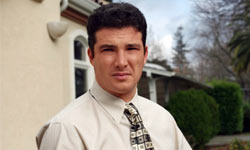 Real Estate Image Gallery To get the most out of your HOA, you have to know how to deal with it properly. See more real estate pictures.
iStockphoto/Thinkstock

In the 1960s, about 500 HOAs existed in the United States, and they've been increasing in popularity ever since [source: Senville]. Today, the Community Associations Institute estimates about 62 million U.S. residents lived in 309,600 HOA communities in 2010 [source: CAI]. That's a major increase in 50 years. So, what purpose do all these HOAs serve?

First and foremost, a homeowners association is an organization of property owners that administers the rules and upholds the covenants of a subdivision, development or condominium complex [source: Bank of America]. So if you live in a neighborhood with an HOA, its rules affect and limit what you can do to a property you own [source: Snell]. The rules and covenants are enforced by the HOA's homeowner-elected or developer-appointed board of directors.

That's good news to some, since HOA covenants and bylaws preserve the value of your land by ensuring neither you nor your neighbors do anything like paint your house a distasteful color or park several commercial vehicles in your driveway [source: McLinden]. The bad news is that you can't necessarily do what you want with your own private property. Both directors and homeowners have a duty to uphold their ends of the bargain. Neglecting to do so could lead to legal action.

Homeowners associations have other roles, as well. In return for monthly or annual dues, HOAs can provide neighborhood amenities, such as parks, landscape maintenance, club houses and pools, and even fundraising. However, HOAs have often been notoriously difficult to deal with, especially when it comes to homeowner violations or disagreements. So if you want to get the most out of your HOA, you have to know how to deal with it properly. Read on to find out where to begin.