How does your address affect your home's value? 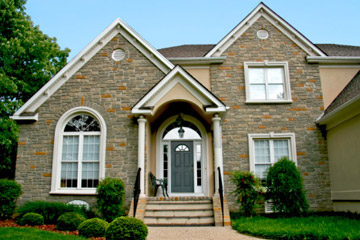 Real Estate Image Gallery Your home's value can be affected by everything from potholes to your neighbors. See more real estate pictures.
Getty Images/Thinkstock

It's been said that home is where the heart is, but if your heart is in the right or wrong ZIP code it can certainly affect your home's value. In fact, some people put more stock into what ZIP code they live in than almost anything else associated with the property.

For most of us, there are some simple quality of life issues to consider: Are the local schools and public services up to par? Is there crime in the community? How long will it take me to get to work from here? The answers to those questions will directly affect your home's value. Think also about the state of the roads and whether they're sufficiently plowed during the winter or repaired as they age. In addition, zoning matters need to be weighed: Is a strip mall planned around the corner or is street widening on tap for your little-traveled avenue [source: realtor.com]?

Beyond those considerations there's the possibility you may be moving to -- or are currently living in -- the next big hot spot and you just don't know it yet. When you weigh what your home could be worth, think about the notable case of Google and a neighboring city.

Atherton, Calif., is a small town that's a short drive from Google's headquarters in Mountain View, in the heart of Silicon Valley.

In 2004, a peculiar thing happened to Atherton: Google employees began gobbling up real estate. It began in September when the first set of employees, freed from a lockup period set by the Securities and Exchange Commission, could begin legally selling off stock in the company. [source: Tam and Mangalidan]. Software developers who had scraped up a living in college were now millionaires. Overnight.

Atherton was already well-to-do, but the influx of "new money" led to bidding wars on real estate. In 2011, the median home price was just over $4 million, which makes Atherton's 94027 ZIP code the second most expensive one in the United States, behind only Duarte, Calif. in Los Angeles County (91008) [source: Forbes].

You could just say the employees were following their leader: Eric Schmidt, executive chairman and former CEO, calls Atherton home. But that's not the only example of an unexpected change in an established neighborhood.

The Upper East Side of New York City experienced a split that had some surprising results. That's next. 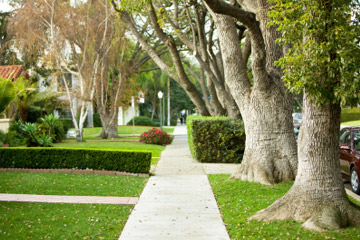 Even the ZIP code associated with your home can influence value.
©iStockphoto.com/webphotographeer

For years the most expensive place to live in New York City had been the Upper East Side, along Central Park. If your mail boasted the ZIP code 10021, you knew you had officially "arrived." That is, until the U.S. Postal Service changed things up.

In 2007, the post office split the posh ZIP code into three parts, adding 10065 and 10075, respectively. U.S. Rep. Carolyn Maloney cited population growth: There were just too many people getting mail in 10021. It was a nightmare for the post office. Suddenly notable residents like media giant Rupert Murdoch and novelist Tom Wolfe were no longer living in the most sought-after ZIP code in America [sources: Roberts, Shapiro].

As in life, wounds heal with time. In fact, those who kept the posh ZIP code might want to consider moving a few blocks: the new 10065 placed seventh on Forbes' 2010 most expensive ZIP codes list. As for 10021, it lags behind at No. 25.

Your address certainly does affect your home's value. How it affects it is another matter. The education and crime -- or lack thereof -- associated with your address is obvious, as is the quality of your streets and the property upkeep of your neighbors. In addition, there may be unique issues that come to bear on your home's value (an Internet behemoth is born next door.) Research issues within your power and maintain a dialogue with local residents to give you the best chance of learning about unexpected developments.

Even in a tough market, if you think you're home will never regain its value, keep your eyes open. Change may be on the way. Who knows, your neighbor's kid could be creating the next Google.

How Reverse Mortgages Work
How much of your home search should you do online?
Can you buy your own home at a foreclosure auction?