What should I do if I think my agent can't sell my home? 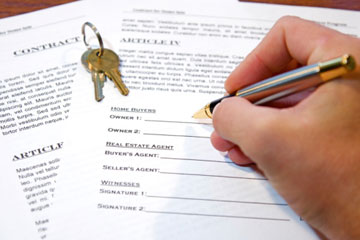 Make sure your agent is doing everything that was specified in the contract you signed. See more real estate pictures.
iStockphoto/Thinkstock

You've hired a real estate agent, and you're well into the selling process, but things aren't going well. Are you worried that your agent might not be able to sell your home after all? Now what? What you can do depends largely on what you did before you signed the contract.

If a real estate agent isn't meeting your expectations, it's important for you to have spelled out those expectations very specifically in the contract with the agent. According to Sheryl Bilbrey, chief executive of the Better Business Bureau office of San Diego and Imperial Counties in Southern California, it's the things you don't put in writing that come back to bite you. If you think you might want to split with your agent, it's something you should think about at the initial agreement.

For example, if you want your house to be shown twice a month, stipulate very specifically that you want it shown twice a month. Also, define what you consider a showing. Does it count if an agent drives people past the house without taking them inside? Or would you prefer that the agent host an open house each month if no buyers have come to see it? If the agent holds an open house, how should she advertise it? Where should the agent list your home?

Bilbrey says that the No. 1 complaint to her office about real estate agents involves sellers who feel that agents led them to believe the house would be shown more often. If your contract spells out the expectations for showings and advertising, and the agent doesn't come through, you can sever the contract and find another agent. "If it's written and not performed, that's breach of contract, and you can exit the contract," Bilbrey says.

Unfortunately, if you don't have it in writing, you'll have to sweat it out while the house languishes on the market for the duration of the contract. Once the contract is up, you can look for a new agent. In the meantime, be the squeaky wheel -- call your agent on a regular basis and grill him or her about what's being done to show the house and what more you can do to help it sell faster.

For more information on selling your home, check out the links on the next page.

How Home Appraisals Work
10 Tips for Hiring a Professional Mover
Do you need to contact your homeowners association when selling your house?