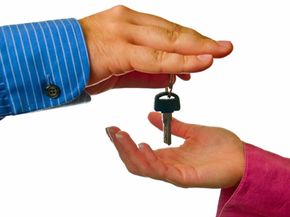 You've probably heard of trading in you car, but did you know the same practice could apply to your house? See more real estate pictures.
©iStockphoto.com/langvsolt

When you're ready to buy a new car, many dealerships offer the option to trade in your old car. You show up at the lot, test drive the new cars, sign some papers and you're on your way in your new ride, bidding a fond farewell to your old jalopy. If only selling your house was that easy.

Putting your home on the market in these uncertain financial times can be a stressful experience. Home values have fallen 21 percent on the national level, and houses on the market are taking an average of eight months to sell [source: USnews.com]. Months upon months of cleaning and vacating your house on short notice with dogs and kids in tow so potential buyers can have a look gets old pretty quick. The market is in a slump, so it's likely that you'll have to wait months for a good offer, and if you're looking for a quick sale, you're probably going to take a hit on the value of your home.

Few homeowners are financially able to take on two mortgages, so buying one house means waiting for the other one to sell. Then there's the business of scrambling to find a new home once the offer is in. This can mean moving into a costly short-term rental or paying for storage for your belongings until you find the right house.

In our next section, we'll talk about how trading in your house works.

How Trading Your Home Works

House trading has been around for a while, and it's becoming more popular due to the conditions of today's housing market. The word "trading" implies that you exchange front door keys and high-fives as your moving trucks pass each other on the road, but that's not exactly how it works. Trading does involve swapping houses, but even if both houses are valued at the same amount, there are still lenders and lawyers involved and money does change hands. The finances of trading houses are pretty much the same as if you were to buy a house. You have to qualify for a loan, come up with a down payment and have a closing, which involves selling your house and buying the other house as two separate transactions. Existing mortgages are paid off at closing, and you get a new loan for the new house. The difference with trading is that these events happen simultaneously, with both parties' closing dates scheduled for the same time. This provides assurance that you won't be stuck with two mortgages.

You don't have to use a realtor, but if you're not familiar with real estate transactions, it's probably a good idea. You can save money by using one realtor instead of two, and they may be willing to give you a deal since they didn't have to do the legwork of finding you the house.

Because the housing market is cyclical with its up and down periods, builders have been trading for years during times when the market slows down. In the case of a trade, a builder would buy your house and sell you one of his or her new homes. Each builder has a different set of terms, but typically to qualify, you need to be looking to upgrade to your new home.

Technology has helped to bring house trading into the forefront, and Web sites like goswap.org and onlinehousetrading.com have become real estate matchmakers for motivated sellers.

Those in the know have been vacation trading for decades, and the 2006 movie "The Holiday" gave the industry a big boost. Kate Winslet and Cameron Diaz play women who temporarily trade houses to get away from the doldrums of their lives and ultimately find love. Though you may not find your life partner during your time away, you will most likely find a sweet deal in a far-away locale that would otherwise be unaffordable. In this case, it usually is an even trade, so you get to stay for free. Eliminating the cost of housing makes a vacation infinitely more affordable and convenient, especially for families with small children. The terms of the deal are negotiable and often include use of cars, ski or beach equipment, and even items such as strollers and high chairs. All of which are a pain to lug across the pond.

Pros and Cons of House Trading

There are many good reasons to consider a home trade, and the top one for many traders is the peace of mind in knowing that your home has sold. Trading is a good option for people who have to relocate quickly for a job or just simply want to sell their house and get on with their lives. The transactions of house trading usually happen much more quickly than during the typical selling process, which could feasibly help a homeowner trying to avoid a short sale or a foreclosure. Another big pro is that you're more likely to receive the appraised value for your house, allowing you to preserve the equity you've built. Since you're dealing directly with the owner of the other property, both parties in a trade can agree on property values they're comfortable with that aren't dictated by foreclosures or short sales in the neighborhood. This is a big boon for people who own homes in declining markets.

Trading homes also makes it easier to get bank financing. Most homeowners have a hard time getting a loan for a second home before theirs is sold, but as long as you have a contract to sell your current house, banks don't count your monthly mortgage payment against your income when you apply for a loan. Also, having a better income-to-debt ratio often allows you to get better terms for your next mortgage. Upgrading is more of a possibility than ever because more homeowners are looking to downsize since the housing bubble has burst.

Builders benefit from trading because they're moving their inventory in which they have a considerable investment. Plus, they usually have the staff to do repairs and renovations necessary to increase the value of the traded-in home.

Of course, with the pros come some cons, the main one being that beggars can't be choosers. You most likely won't have the same flexibility to pick and choose details that you would like in your new house as you would if you were negotiating a regular sale. And though you may make it into the neighborhood you want, it may not be on the particular block you desire.

Another minus is if the selling and buying don't happen all at once, you could wind up stuck with two mortgages. For this reason, it's recommended that one title company is used for both transactions to avoid this scenario. Another issue that could come up is if one of the parties owes more on their house than it's worth, they'll probably have some difficulty qualifying for a loan.

Trading investment properties has been popular for years because it gives investors the opportunity to upgrade or transfer their holdings to a new area. But the biggest plus is that it allows them to defer capital gains taxes, which are hefty taxes that Uncle Sam charges on the profits from investment properties when they're sold. To qualify, investors must follow the rules for what the IRS calls a 1031 exchange. This means they have to trade for "like-kind" properties, which doesn't dictate what the condition of the new property must be, but does mandate what the property is used for. Also, there's no trading out of the country.

Emilie Sennebogen "Can you trade in your house like you can trade in your car?" 18 May 2009.
HowStuffWorks.com. <https://home.howstuffworks.com/real-estate/selling-home/house-trading.htm> 15 August 2022
Print | Citation 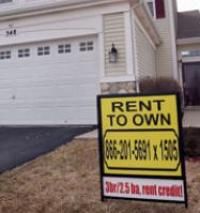 You May Like
How Rent-to-own Homes Work
Explore More