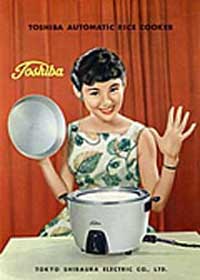 Burned chunks or gooey paste can be the disappoin­ting result of rice gone wrong, but with the use of a rice cooker, the odds even up for even the klutziest in the kitchen.

Rice is a staple in many people's diets around the world. The grain is especially important, both nutritionally and culturally, in Southeast Asia, so it's no surprise that Japan introduced the first household electric rice cooker. That first model was made by Toshiba in 1955, and other companies soon joined the market, adding innovations that expanded the abilities and features available in rice cookers. Replacing the conventional cast-iron pots of the day, which cooked over a coal stove, rice cookers freed Japanese homemakers from the tiresome task of carefully monitoring endless pots of rice [source: Web-Japan.org].

­­Rice cookers are geared primarily for rice but can be very versatile in their uses. Some people even use rice cookers as their primary cooking tool, for everything from spaghetti to spare ribs to scrambled eggs.

For a closer look at how rice cookers operate -- from the more basic models to the high-tech ones laden with all the bells and whistles -- let's begin with how they know to progress from one step of the cooking process to the next.

Give Rice, Get Knowledge

Want to help your fellow man while stretching your vocabulary to the limit? Visit FreeRice.com, where every correctly defined word means 20 grains of rice donated to hungry people through the United Nations World Food Program! 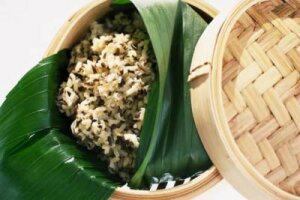 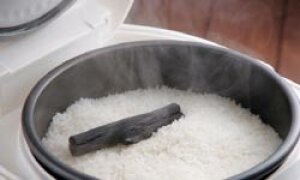 How to Cook Rice