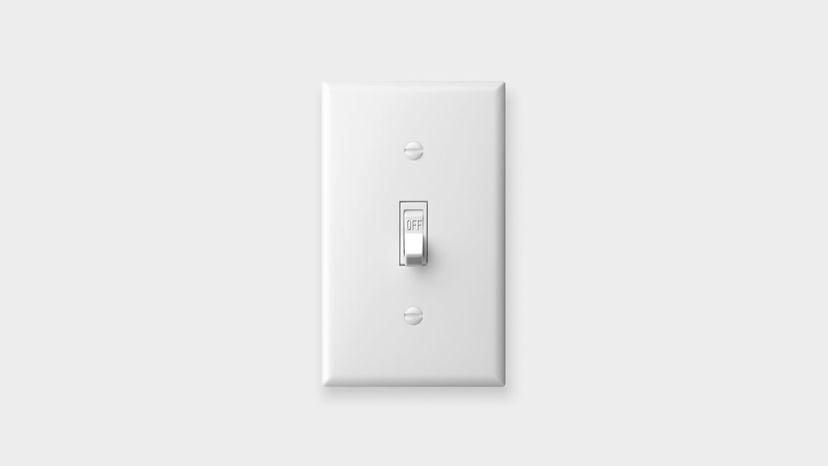 Have you ever wonder how switches work? Matt Anderson Photography / Getty Images

­In your house or apartment, you probably have at least one light that is controlled by two separate switches. Whenever you flip either one of the switches, the light changes its state -- if it is on it turns off, and if it is off it turns on.

If you have ever wondered ­how this arrangement works and how each switch knows what the other switch is doing, then read on. In this article, we will solve the mystery of three-way switches! 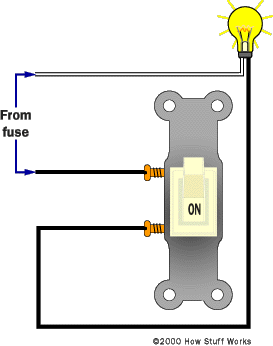 Let's start by looking at how a normal light is wired so that you can understand basic residential wiring for a light switch. The figure below shows the simplest possible configuration:

In this diagram, the black wire is "hot." That is, it carries the 120-volt AC current. The white wire is neutral. (For more information on household AC current and grounding, see How Power Distribution Grids Work.) You can see in the figure that the current runs through the switch. The switch simply opens (off) or closes (on) the connection between the two terminals on the switch. When the switch is on, current flows along the black wire through the switch to the light, and then returns to ground through the white wire to complete the circuit.

The electrician who wires the house normally uses non-metallic sheathed cable, which most people know by the brand name Romex, to run power from the fuse box to the switches and outlets in the house. A piece of this cable is shown here:

This cable consists of an outer plastic sheath (white in this picture) with three wires inside. The black and white wires are insulated, while a bare, third wire acts as the grounding wire for the circuit. Most normal household applications use 12- or 14-gauge cable. 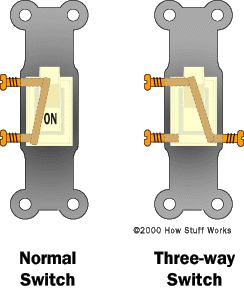 To create lights that operate with two separate switches, the electrician uses two special pieces of equipment in the circuit:

A normal switch has two terminals that are either connected or disconnected. A three-way switch has three terminals, and the switch connects the first terminal to either the second or the third terminal, as shown here:

You use two three-way switches to control the light, and wire it up as shown below:

Assume that, with the switch up, terminals 1 and 3 are connected as shown above. If the switch is down, then terminals 2 and 3 are connected. You can see (if you trace through the wires and the switches) that in the previous figure, the light is off. You can also see that if you flip either switch, the light will turn on. And if you flip either switch again, the light will turn off. It is actually a very simple arrangement once you see it all exposed like this!

There are several other ways to wire three-way switches to a light. For example, the power from the fuse box could come in at the light fixture and there could be two switches in series running from there. Or power can enter at the fixture and then two switches can be arranged in parallel from the light.

If you are trying to understand how a set of switches are wired in your house, using an ohmmeter or a continuity detector is the only way to reverse-engineer what the electrician has done (make sure you turn the power off at the fuse panel before doing anything with electrical wiring). The great thing is that, if you know the basic idea behind three-way switches and three-way wiring, it's really easy to figure it out. And if you simply want to understand what's going on to satisfy your own curiosity, well, now you know!

For more information on three-way switches and related topics, check out the links on the next page. 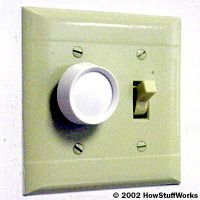 Up Next
Dimmer Switch
Explore More

You May Like
How does a fluorescent starter work?
Explore More