What's the difference between a Phillips head screwdriver and posidrive? 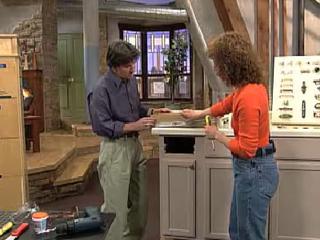 None of us likes the feeling of having a screwdriver slip out of the screw. Nor do we like it when we inadvertently “strip” the head of the screw: The head begins to rotate without the screw actually moving, followed by the hassle of having to use a drill, saw and hammer to yank that sucker out and start all over. These problems are caused by using the wrong screwdriver for the job.

There are three main types of screws, and each one requires a specially designed screwdriver to drive them. The first kind is slotted (one single slot across the head of the screw). You can use these screws for joinery and carpentry. The second kind of screw is crosshead (a slot with another one at ninety degrees from it, in the shape of a cross), which you’ll use often but mostly in places where the screw head is hidden from sight. The crosshead style of screw is best suited for power driving. Phillips and posidrive screws are two types of crosshead screws, different from each other in that the Phillips screw head has four cross points and the posidrive screw head has a star with eight points. The third kind of screw is the socket or hex screw. These screws have sunken holes and unusual shapes such as the Torx head screw, which has a six-point, star-shaped hole.

If you use a Phillips screwdriver to drive in a posidrive screw head or vice versa, you’ll probably grind off the internal arms of the cross in the screw head as soon as you apply any force. The problem with this is that you’ll effectively chew up the screw and have a very hard time getting it out.