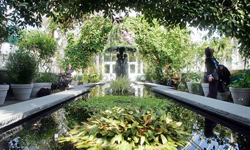 Most cacti enjoy dry, hot environments, while orchids thrive in humid, tropical locales. Every plant has its ideal growing conditions, but sometimes Mother Nature does not cooperate. To create the best growing conditions for a specific plant or plant type, people devised buildings that could be climate-controlled. Greenhouses, conservatories or orangeries are usually framed in metal, wood or plastic. Then the frame is lined with panels of glass or polycarbonate, a clear form of heat-resistant plastic. The clear panels work to trap the sun's heat warming the building, yet gardeners must adjust ventilation accordingly to keep the building's temperature within the range needed for the plants.

Many of the first greenhouses were created to diversify or increase food supply. Now, greenhouses are still used to produce food, but others are used to grow plants for decoration, landscaping and educational purposes. In this article, we will explore 10 different greenhouses from around the world. We'll start in the United States.

The Big Apple borough of the Bronx is home to The New York Botanical Garden, which boasts two greenhouses among its many gardens. The Enid A. Haupt Conservatory is the largest Victorian-style glasshouse in the United States [source: Warren]. Opened in 1902 and restored in 1997, the conservatory is divided into different biomes filled with diverse plant species, including a substantial palm collection.

The White House has long been surrounded by beautiful gardens. The first greenhouse was built in 1857 during the presidency of James Buchanan [source: The White House Historical Association]. 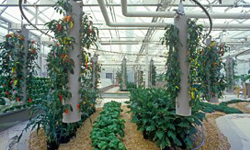 For a more in-depth view of the greenhouses and the science behind many of the horticultural techniques used by the Disney scientists, buy tickets for the one-hour Behind the Seeds tour.

Over the Atlantic Ocean in the United Kingdom, you can visit a horticultural attraction growing out of a former quarry. The Eden Project, which fully opened to the public in 2001, was created on the site of a china clay quarry in Cornwall, England [source: Eden Project]. The major features of the Eden Project are the greenhouses that resemble flexible clear beach balls growing out of the ground. The Rainforest Biome is kept at around 90 percent humidity and 75 degrees Fahrenheit (24 degrees Celsius) to create just the right tropical environment [source: Eden Project]. Higher than the Statue of Liberty at 50 meters tall (approximately 164 feet), the Rainforest Biome simulates a jungle feel with more than 1,000 different plant species, including banana plants, tropical ferns and even the rare Titan arum, or corpse flower, which packs a powerful smell [source: U.S. Department of the Interior and Eden Project].

The other enclosed greenhouse holds the Mediterranean Biome, which mimics the climate of South Africa and California. Guests will find a variety of plants that thrive in these warm, temperate conditions, including olive trees, orange trees and cork plants [source: Eden Project].

You don't have to travel far to visit the next greenhouse on the list because it also hails from the United Kingdom. 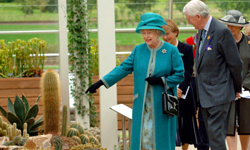 The Glasshouse resides on a peninsula in the middle of a lake surrounded by outdoor plantings. The actual 40-foot (12-meter) structure houses three different climate areas [source: Mahr]. The tropical zone includes a large waterfall feature and a pond filled with water lilies. The moist, temperate zone boasts tree ferns and palms, while in the dry, temperate zone, you can find cacti and succulents [source: Royal Horticultural Society].

Well-known for tulips, wooden clogs and windmills, the Netherlands is also famous for its greenhouses. One region, in particular, is nicknamed the Glass City because of the number of greenhouses in a concentrated area. This part of the country is more formally referred to as the Westland, located on the western side of the Netherlands between The Hague and Rotterdam. It's one of the oldest and largest areas of greenhouse produce growers in the country. Key crops include sweet peppers, tomatoes, cucumbers and lettuce [source: The Royal Netherlands Embassy]. More than 50 percent of all fruits and vegetables produced in the country are grown in greenhouses [source: The Royal Netherlands Embassy].

Next, we will travel to a neighboring European nation. 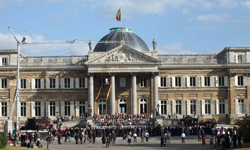 In the capital of Finland, Helsinki, the city's center offers a green oasis during the frigid winter months. The City Winter Garden houses more than 200 different plants inside the three distinct rooms of the greenhouse [source: City of Helsinki, Public Works Department].The palm room is home to palms as well as the oldest plants in the greenhouse, more than hundred-year-old camellias. To catch the camellias' blooming, visit from October through February [source: VisitHelsinki]. The western room holds cycads and palmettos, while the last room is filled with cacti and other desert plants [source: City of Helsinki, Public Works Department].

For the next greenhouse, we travel far south to India. 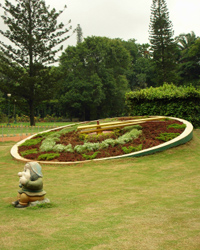 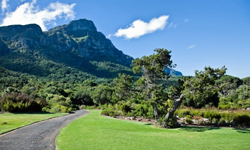 The South Pole Food Growth Chamber is located inside the new Amundsen-Scott South Pole Station, dedicated in January 2008 [source: The National Science Foundation and Sorenson]. While technically not a greenhouse because it doesn't use sun to heat or grow the plants, it's still an enclosed growing chamber [source: The Associated Press].

Delivered to the South Pole in 2004, the chamber uses artificial light, carbon dioxide and hydroponics, which uses nutrient-rich water instead of soil to grow plants [source: Barber]. The chamber is about 18 feet by 28 feet (approximately 6 meters by 9 meters) and grows everything from lettuce to hot peppers [sources: Barber and McGinley]. The chamber yields about 60 to 100 pounds (27 to 45 kilograms) of produce a week to feed the staffers in the station [source: Sorenson]. Along with food production, the chamber also provides green plant life and sunlight for staffers to enjoy during the long winters in the barren landscape of Antarctica [source: Sorenson].

Scientists hope that the science related to this greenhouse will translate to outer space environments such as Mars [source: Sorenson].

Whether used as a display garden or a food-producing plot, greenhouses create environments that allow plants to thrive in a range of countries worldwide. 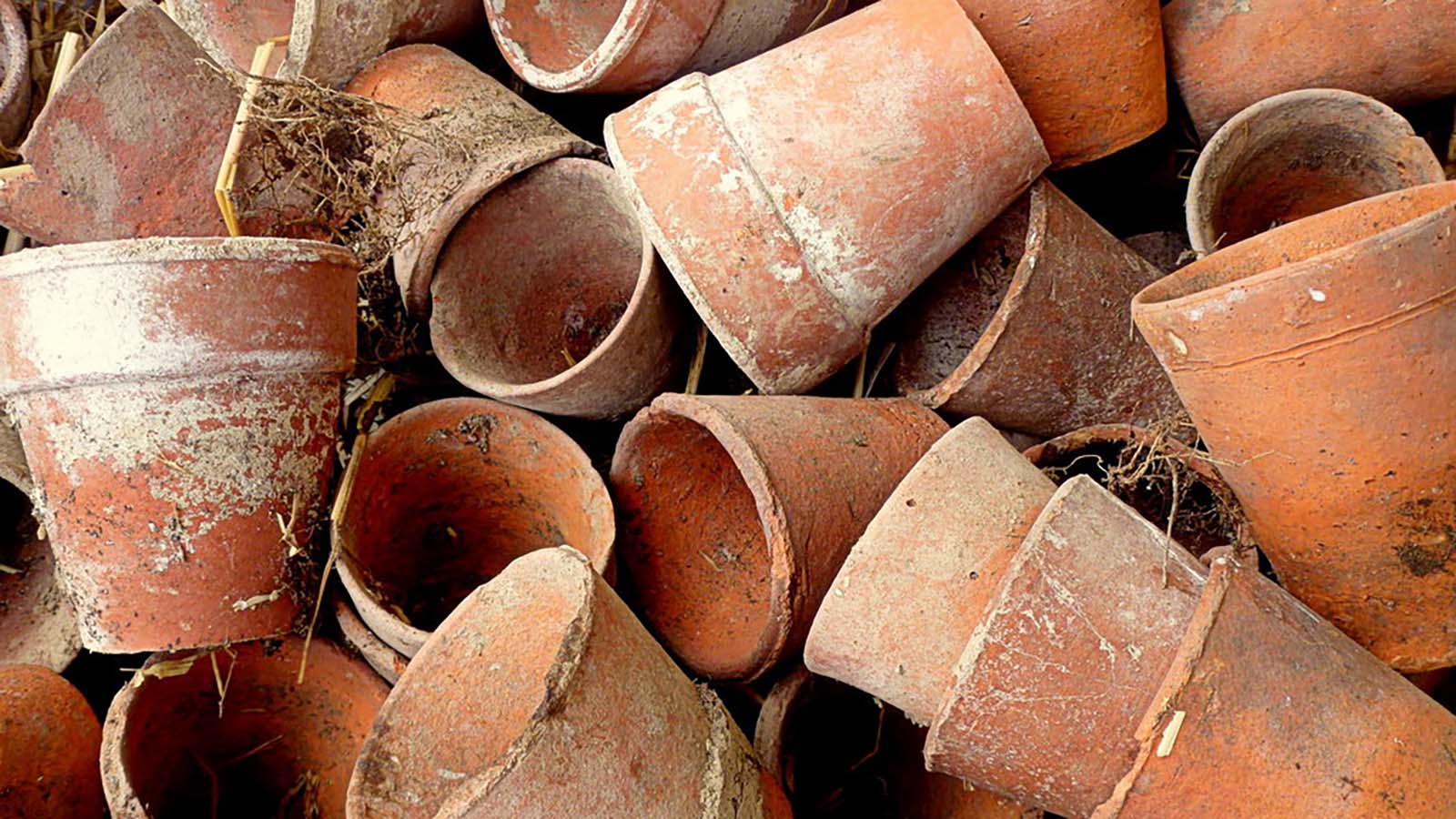 One of the oldest and most widely-used materials in the world, baked clay or terracotta, can be found on roofs, in museums and in gardens all over the world.

If I plant trees in my yard, will it offset global warming?
How Greenhouses Work
How Aeroponics Works

If I plant trees in my yard, will it offset global warming?
Cucamelon: Not the Love Child of a Cucumber and a Watermelon
How to Choose the Best Trellis for Your Garden