To create the ease and warmth of farmhouse style in the living room, pair comfortable, neutral-toned sofas with funky, eclectic accent pieces like pictures and lamps. Decorilla Interior Design

From midcentury modern to shabby chic, there have been some trend-setting home decorating styles over the decades, some best left in the past (shag carpeting, anyone?) The farmhouse style currently has the interior design community captivated and is likely to stick around for some time to come, thanks to its ease of incorporation, versatile pieces and general livability.

Popularized by Joanna and Chip Gaines of "Fixer Upper" fame, the farmhouse look is for many a welcome change from previous design styles. Current clients are moving away from the minimalist/modern decor trend and into farmhouse style more and more, according to Devin Shaffer, a San Francisco-based lead designer for the online interior design company Decorilla. "They want their houses to feel like home. Things got too contemporary," he says, adding, "They would go home and wouldn't feel the warmth, they wouldn't feel cozy."

Since home is supposed to be where people kick back and feel comfortable, that's a pretty big problem. As a result, Decorilla has noted a spike in farmhouse-style requests over the past five or six years. "We're now seeing that mix in traditional and modern decor," he says, noting that clients want "comfort aspects and yet modern sensibilities in their space."

Still, it can be daunting, not to mention expensive, to completely makeover a space. Fortunately, farmhouse style specifically lends itself to thrift shopping and DIY if you so choose. Schaffer advises people not to expect it to be perfectly Gaines-esque right away. "It's kind of like a collection, it really builds over time," he explains. "You won't get immediate results. Could take several months to get the right layers in."

Whether you're looking to go full-fledged farmhouse, or simply want to dip a toe in, it's key to be familiar with the main components of this popular decor style. Here are six of them:

1. Stick With Neutral and Natural

The farmhouse style is intended to be very soothing and neutral. Walls are typically white, beige, cream or gray. Accents are best kept to calming color options found in nature, like blues, greens and burgundies. Shaffer cautions against going crazy with highly saturated colors, like bright yellow or lipstick red. Instead, stick with muted tones in eggshell finishes.

Fork over the boring, flat walls in favor of shiplap, wainscotting or even a planked wall. The added dimension is unmistakably farmhouse and will add pop to the space without a ton of extra effort. In fact, these projects can often be DIY at low cost. Faux-wood beams are another great addition. Then you can also incorporate extra texture with layers of different neutrals in soft goods like throw pillows and blankets. "This can be done in a bedroom all the way into a living space," Shaffer says.

One of the accents people most associate with farmhouse style is galvanized metal, whether it's incorporated as part of strategically placed knick-knacks, wall art or buckets/planters containing greenery. This can seem a bit too country for some, so don't worry if it's not your style. "If that is too traditional for you, you can go back to a gunmetal gray or brushed bronze, and still achieve the farmhouse effect," Shaffer says. Often, people use lighting fixtures to work in the metallic component.

"Seating doesn't have to scream farmhouse style," Shaffer says. Instead, select neutral pieces and build the style around them with smaller accents. "Layer in heirloom items and greenery," he suggests. That way, if your style changes from time to time, your big pieces don't necessarily have to.

5. Refurb Until It's Fab

Have old cabinets or a table that have seen better days? Resist the urge to chuck them and instead grab some paint and slap on a couple of coats. Shaffer particularly enjoys seeing oak-finished cabinets circa 1997 gain new life. "They can be painted so easily. One of my favorite things is two-toned," he says, noting that doing cabinets in one shade and an island in a more rustic, neutral color is an easy way to add a farmhouse touch to a previously outdated space.

The farmhouse kitchen is bright and airy with traditional touches, such as antique cabinetry and fixtures paired with modern accent pieces and dark wood floors.
Decorilla Interior Design

Why pay more if you don't have to? Farmhouse-style pieces can be picked up in thrift shops, flea markets and antiques stores just about anywhere. What was once someone's trash is literally now your treasure.

Throughout the process, take a step back and assess your farmhouse situation. Shaffer says the look is best achieved, "When the materials were done right and not going over the top," he explains, advising people to avoid littering the area with too many stressed materials. Instead, "Hone in on a certain refined finish."

Best of all is that you don't necessarily have to live in a sprawling country ranch to enjoy the farmhouse look. Decorilla has many urban customers who go the farmhouse route. "They may be stuck with white walls, but if you put in reclaimed shelves it's gorgeous," he says. "There's a wide range of ways to get the look in all types of environments." 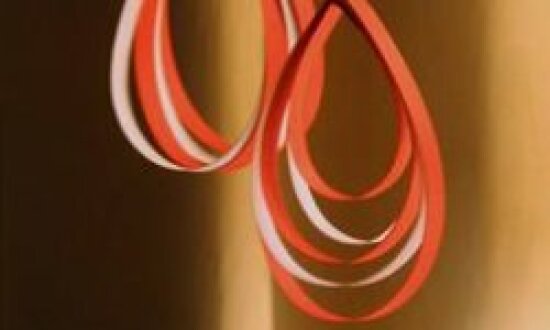 How to Make Christmas Ornaments Out of Paper 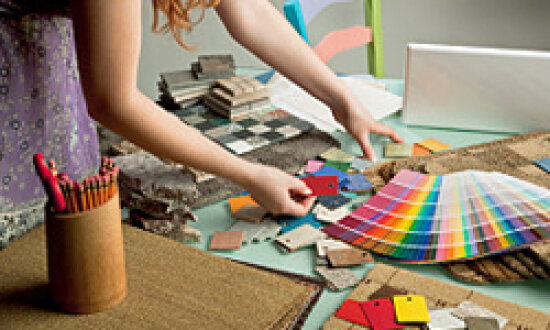 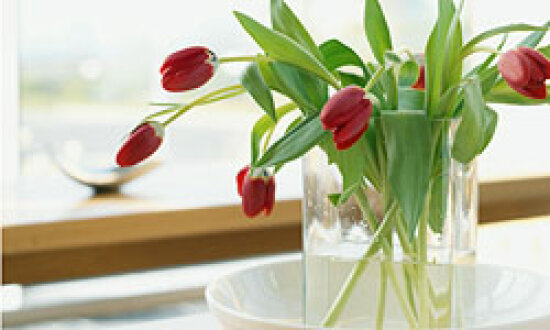 9 Methods to Illuminate the Color in Your Home