Metal vs. Steel: Is There a Difference? 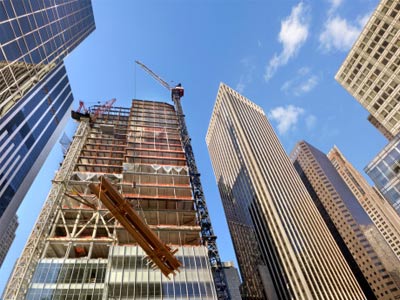 ­The terms metal and steel are constantly used in the same capacity but are they really the same? If you've ever seen steel, a popular material for construction and consumer products, it certainly looks and feels like a hard metal. But looks can be deceiving.

In fact, the difference between metal and steel is highly overlooked in a world that often thinks of steel as a type of metal. Even in a professional capacity, these terms are used together. Steel is commonly used as a buil­ding material and "metal" buildings, as they are referred to, are often made of steel. That's why you may be familiar with the term "steel metal building" in regard to high-rises and skyscrapers. But the two are not one in the same and, technically, should not be used interchangeably.

So what is the difference between these commonly confused terms? The answer can be found in a few simple definitions.

­A metal is a chemical element of various opaque, fusible, ductile and lustrous substances [source: Merriam-Webster]. The elements referred to in that definition are the same ones you studied when you lear­ned about the periodic table of the elements in high school chemistry. Some common metals are titanium, copper and nickel.

Steel, on the other hand, is an alloy of iron with varying amounts of carbon content (from 0.5 to 1.5 percent) [source: Merriam-Webster]. Steel, being an alloy and therefore not a pure element, is not technically a metal but a variation on one instead. It's partially composed of a metal, iron, but because it also has non-metal carbon in its chemical make-up, it's not a pure metal.

To create steel, impurities like silica, phosphorous and sulfur must be removed from the iron ore before the carbon is added. Steels biggest advantage over iron is that it is much stronger, which is why it's used in everything from cars to the bridges they drive across. You'll also find steel in skyscrapers, guns, ships, trains and surgical tools.

Can installing a green roof save you money?
How Blowtorches Work
How does a new product go through the prototyping process?