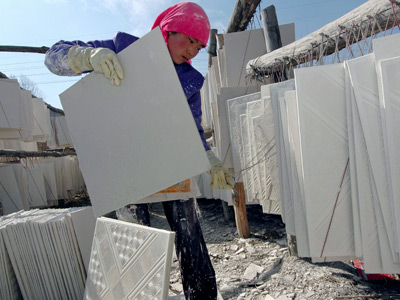 If you have a home that was built after World War II, then the walls are likely made from sheets of drywall. Prior to this era, homes typically had plaster walls. Drywall is made of sheets of gypsum plaster pressed together between thick sheets of paper. It's also known as gypsum board, panel board and Sheetrock, which is a common brand name. Gypsum is a naturally occurring mineral that turns out to be the perfect ingredient for making drywall.

The United States saw unprecedented growth in the real estate market between 2001 and 2005. Builders were busy, real estate agents were hopping and homeowners saw their houses make significant gains in value. In 2005, income levels for builders hit a national high of nearly $768 billion [source: NAHB]. It should come as no surprise then that building materials like drywall were in shorter supply than normal. The United States manufactures about 15 million tons of drywall each year, but that still wasn't enough. So builders turned to imported drywall from other countries, notably China. Between 2004 and 2008, the United States has imported about 550 million pounds of Chinese drywall [source: TIME].

The good news about the imported Chinese drywall was that it was abundant and inexpensive. A single sheet runs anywhere from eight to 15 cents cheaper than its American counterpart. So for builders, that savings is multiplied by however many houses are on the books, which yields quite a savings when you add it all up. The downside of using the imported drywall is that it's having some serious effects. People began noticing some odd things in their new homes -- strange smells, failing appliances and health problems. For a while, nobody could pinpoint the cause of these abnormalities, but it was soon traced back to the imported drywall.

In the next section, we'll take a look at why Chinese drywall is so problematic. 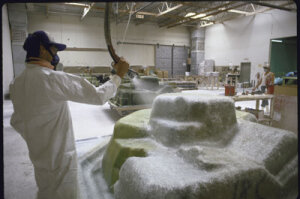 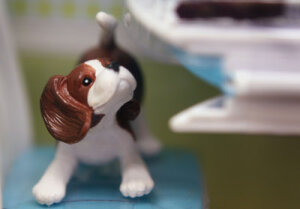 What's with China and lead poisoning?