There used to be a feature in American History magazine called "Save this Old Barn." The magazine would include a photo of the barn, which was usually beautiful, and a bit about the history of the structure. The price was usually a dollar, but the buyer was responsible for moving the barn. I thought these barns were great deals and I wondered why more people weren't snapping up one-dollar barns -- and then I wrote this article.

Turns out that the dollar price tag is the only thing that will come cheap and easy in the course of moving a building. There's a ton of logistical planning to do, and the move itself can cost hundreds of thousands of dollars, forcing me to abandon my plan of bringing a historic old silo from Nebraska to Atlanta in my quest to have the coolest house on the block. Still, there are plenty of people out there who might need to move a building, and it's not as if buying a house and keeping it in its current location is very cheap, either. If you're looking to move a home, this article is a good place to start. 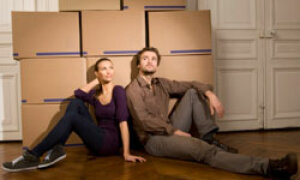 5 Tips for Preparing for Professional Movers

How to Pack a Moving Truck