If you've switched out your conventional oven for a convection one, you're probably already aware of the benefits: Faster, more even cooking, better all-over browning, juicier results, and, often times, more nutritional value in your cooked foods.

Convection ovens are pretty much like regular ovens except for one feature: a built-in fan that circulates the hot air in the oven. This one, seemingly minor difference turns out to require a rather major adjustment in cooking style, most notably in the area of times and temperatures. Because convection ovens cook foods considerably faster than conventional ovens do, many recipes written for conventional ovens will need to be adapted for convection cooking.

There are general approaches to this adaptation that tend to produce good results, and they're pretty simple. It's about making a downward adjustment to at least one component of the baking instructions ...

While every oven is going to be a little different, you're basically looking at three ways to turn a conventional-oven recipe into a convection-oven recipe:

So if you're baking cookies, and the recipe tells you to bake them at 350 degrees F for 12 minutes in a regular oven, you'll bake them instead at:

To save time, refer to the conversions of common conventional-oven baking/roasting times listed on the chart above, and remember, these are only examples -- always refer to the specific recipe you're working from!

It's always a good idea to check your food about 5-10 minutes before the full cooking time is up. This will help you avoid over-cooking while you get used to your convection oven.

Ultimately, switching to a new type of oven is going to require a bit of experimentation at first, and it may take some trial-and-error to get it exactly right -- so perhaps your official Thanksgiving turkey isn't the meal for your inaugural convection run. But when you do hit that sweet spot, you'll probably find that the handful of overcooked meals was entirely worth it. 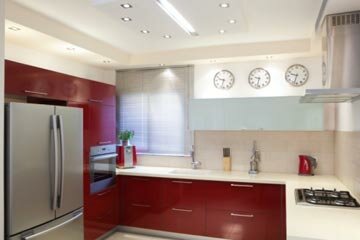 Up Next
Refrigerator Dimensions and Counter Depth
Explore More 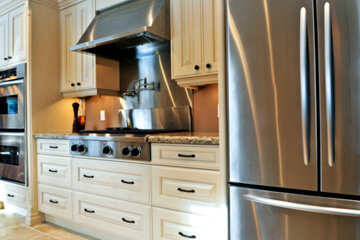 You May Like
What's the advantage to bottom freezer refrigerators?
Explore More