Nearly every modern American home has a freezer, most likely attached to a refrigerator. But why do we freeze food? To store for later the food we wouldn't be able to get to in a couple of days if we put it in the refrigerator. So that huge pot of beef stew goes into the freezer, alongside that revolutionary 20th century invention: the frozen dinner.

But the need to store food for later -- or to create ice for keeping drinks cooled -- is far older than leftovers and TV dinners. It goes back about as far as civilization itself. Thousands of years ago, ancient Mesopotamians discovered that cold food rotted more slowly than food left outside [source: Shepherd]. So, they dug big pits into the ground, insulated them with straw or sand, and then topped them with ice and snow from the nearest mountains. These pits, or ice caves, were used to preserve the food for two or three weeks at a time. Mesopotamians understood that warm air from outside could prevent the snow from cooling the food, so the entrance was kept small and narrow to prevent air seepage.

This was how food was preserved for centuries until about the late 1600s, when England and France created their own version with the invention of the ice house [source: Martin]. Although many were at least partially in the ground, some were designed as thatched roof pits that could keep food cold or provide chipped ice for drinks and desserts -- with the help of snow and ice brought in from lakes -- for about a year. The process was similar to the ice cave, with an insulator such as sawdust or small branches that was topped with snow and sawdust.

These eventually gave way to the creation of the icebox, a small cabinet that had a compartment for holding a large block of ice and another compartment for storing food. These were common until about the 1920s, when electric refrigerators and freezers began to make their debut.

By then, science and industry had established the idea of mechanical refrigeration, in which a circulating chemical gas kept things in a compartment cold. That's why today's mechanically circulated vapor-driven freezers are a little more complicated (and efficient) than hollowed-out ice caves filled up with mountain snow. Up next, we'll find out how several scientific discoveries led up to the creation of the modern freezer we use today.

Development of the Modern Freezer

Bacteria are usually the cause of food decay, but they can't grow as well or at all in freezing temperatures, which are at 32 degrees Fahrenheit (0 degrees Celsius) or lower. So, food spoils more slowly if you lower the liquid inside it -- the water molecules -- to freezing temperatures.

As scientists in the early 1800s made related discoveries about the nature of temperature and the laws of thermodynamics, it was then that the framework for artificial temperature regulation fell into place.

American inventor Jacob Perkins built upon the vapor absorption ideas set forth by inventor Oliver Evans in the early 1800s to create a cooling unit that relied on vapor compression, which we'll take a closer look at on the next page [source: Elert]. Perkins determined that a substance used as a refrigerant would absorb and give off heat as it went through pressure changes and transformed from liquid to vapor and back. In other words, Perkins discovered that certain chemicals could lower air temperatures by absorbing all the heat. He obtained the first known patent for a refrigerating unit, but his invention never saw commercial success.

In the late 1840s, a doctor from Florida patented a device that pressurized and then depressurized refrigerant enough to create ice, although it leaked and didn't always work properly. And n 1860, French inventor Ferdinand Carre improved on vapor compression technology by using a more stable and effective (but toxic) refrigerant -- ammonia -- instead of the ether Perkins had used [source: Chapel].

By the 1920s, the technology had been refined enough -- and electricity widely available enough -- that crude but expensive freezers were commercially available in the U.S. and Europe, although they were still widely inefficient. Outside air would seep into the freezer compartment, so they had to be stored in ice houses for better temperature control.

Freezers have improved considerably since then, with more elaborate machinery, better chemicals and more efficient ways of keeping the cold air inside. Read the next page to learn more about how the freezer in your house works.

So now you know that vapor compression is the principle behind the freezer. But how exactly does it work? At the core is a fast-moving stream of vaporized refrigerant that goes through a cycle inside the freezer.

To get an idea of how it works, picture a river as it winds through the mountains and countryside en route to the ocean. Once it empties out, then it's taken up by clouds, turned into rain, and re-enters that river where it flows to the ocean again. Refrigerant flows and transforms from liquid to gas and back in a similar way.

The refrigerant begins the cooling process as a vapor under low pressure. The first freezer component it enters is the compressor (usually found in the lower back of the freezer). The compressor squeezes the vapor's particles, which heats it up and converts it into a high-pressure state.

The hot, pressurized refrigerant is pumped by the compressor through a tube into the next component called a condenser. If you've ever touched the outside of your freezer and felt warmth, that's the heat coming off the condenser coils, which usually sit underneath or at the bottom of the freezer, where they can be exposed to room temperature air and cooled down. As the vapor travels through the condenser coils, it loses the heat but retains its high pressure. It is also converted into a moderately warm temperature.

As the liquid refrigerant heads from the small metering tube into the larger evaporator, its pressure drops suddenly, causing it to convert back into a low-pressure vapor. The evaporator also absorbs the heat, which leads to a freezing cold vapor that keeps the unit's temperature cold enough for freezing your food. The vapor then goes back to the compressor to begin the process anew.

Vapor compression isn't the only way to create a super-cold food storage environment. On the next page, we'll talk about other freezing technologies and the different styles of freezers on the market today.

In your home, you probably have a refrigerator/freezer combination unit. Whether you have a side-by-side fridge/freezer appliance, the kind with the freezer on top, or one with the freezer on the bottom, the differences are few. Each freezer is a single unit, so they all use the same machinery described earlier in the pursuit of vapor compression. About the only difference is energy efficiency. The bottom-mount uses the least amount of power [source: Hakim and Turiel]. Why? If the compressor is on the bottom, doesn't have to push vapor very far. On the side-by-side or top-freezer styles, the compressor has to force refrigerant through a tube to reach the freezer compartment.

Another kind of freezer is the standalone, also called a "deep freeze" or "sub-zero," although the latter is a trademarked name for a specific brand of freezer. They, too, operate on the basic principles of vapor-compression.

Have you ever worked in a restaurant and had to retrieve food from a large, walk-in commercial freezer? Again, these use vapor-compression; the only major benefit for this kind of unit is that many of them have reinforced aluminum floors which can hold up to 600 pounds (about 270 kilograms) of weight per square foot -- a very valuable concept in a high-volume restaurant (but which would be completely unnecessary for a family of four).

Whatever kind of freezer you use, be sure to keep the temperature low and consistent. Otherwise, you'll get a buildup of a freezer's worst enemy: frost. On the next page, we'll take a look at how frost occurs and what you can do to prevent it.

The worst thing that can happen to a freezer is frost, which isa thick, cold dusting of fine ice that covers everything inside the freezer turning it all into one big solid icy mess. What can cause frost?

Basically, in each of these situations, warm air mixes with sub-freezing air. The result is frost. Many newer-model freezers have an automatic frost prevention feature, which regulates temperatures to keep the inside temperature consistently where it needs to be. If you don't have that feature, here are some other ways to prevent frost:

If you aren't able to get rid of frost as fast as it accumulates -- say your rubber seal is shot, an expensive internal part is overworked, or a coil is fried -- it might be time to get a replacement. Up next, we'll look at what you need to consider when it's time to purchase a new freezer.

Sticker shock aside, looking at new freezers might actually be fun. Depending on what your budget and needs are, today's freezers have all kinds of technologically advanced bells and whistles. Depending on which features you select, your new unit could cost anywhere from $500 to $4,000 or even more. Here a just a few of the features you might look for when considering your next freezer purchase:

Learn even more about freezers and food preservation by visiting the links on the next page. 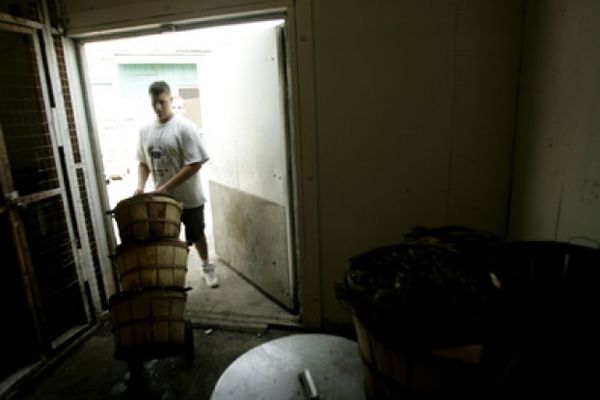 Up Next
What if I accidentally ended up locked in a walk-in freezer?
Explore More 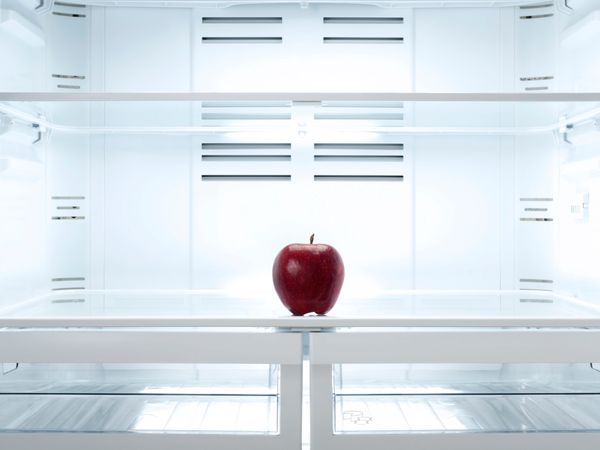