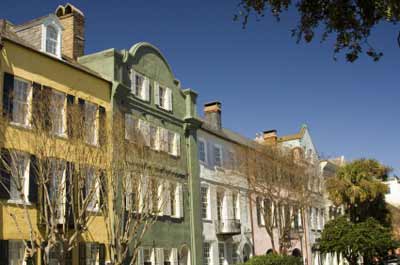 Have you ever been devastated by a neighbor's decision to paint his house a garish color? Do you hate watching as McMansions dwarf the smaller homes that gave your neighborhood character? If you've ever longed for a law that would protect you from your neighbor's bad taste, then you'll probably be interested in historic districts.

Historic districts might just seem like something you seek out on vacation, like Seattle's Pike Place Market, New York's Greenwich Village or New Orleans' French Quarter. However, more and more neighborhoods have become candidates for historic preservation, and more than 2,300 historic districts dot the United States [source: National Park Service].

Charleston, S.C. formed the first historic district in the United States in 1931 by establishing the Board of Architectural Review (BAR). The BAR was tasked with ensuring "the preservation and protection of the old historic or architecturally worthy structures and quaint neighborhoods which impart distinct aspect to the City of Charleston" [source: Historic Charleston Foundation].

The precise definitions may vary from place to place, but historic districts functionally remain similar to the one created in Charleston. Historic districts are protected because they possess a concentration of buildings, structures, objects or sites that are linked either historically or aesthetically. This could be everything from a residential area with several buildings constructed in the same distinct style to a downtown business district that preserves the buildings that aided the town's early development. Other examples of historic districts include college campuses, large estates or farms, villages and industrial complexes.

While Charleston led the way, communities became increasingly concerned in the 1950s and 1960s with protecting their landmarks from the bulldozer. In 1966, the National Historic Preservation Act created the National Register of Historic Places, the official list of properties that are significant to our history, which is maintained by the National Park Service.

It may surprise you to learn, though, that listing a property on the National Register is not always enough to protect it, and that the real power lies with local historic districts. Local law wields greater power in protecting districts but also usually comes with a longer list of rules for homeowners.

So what's the difference between these types of historic districts? What exactly qualifies them as historic? And why do some people fight so hard to prevent them? On the next page, we'll take a closer look at national historic districts, including one that spans 9,774 acres.