If you've spent any time in the southwestern U.S., you'd know that adobe construction is one of the oldest and most versatile building techniques used by humans. You can find it in the simplest of one-room huts and the world's most elaborate mosques. It's everywhere, but what is it -- and more importantly, where did it come from?

Today, this time-honored material is gaining new popularity as a low-cost, environmentally friendly way of building. After all, adobe is really nothing more than simple bricks made of sun-dried mud. What's more plentiful or inexpensive than dirt and sunshine? As a green-building bonus, adobe's mass helps keep buildings naturally cool in summer and warm in winter, reducing the need for air conditioning and heat.

Adobe construction is not especially complicated. There's a growing movement among do-it-yourselfers and community-action groups to build with adobe. What's not to like about a type of construction that gives you an excuse to play in the mud while doing something worthwhile?

Be careful before you start building, though: Adobe works better in some places than others. There's a reason for this: The mud for the bricks might include sand, small gravel or clay -- whatever makes up the soil in an area. Water, and often straw or grass, are mixed with the dirt. The resulting mud dries naturally in the sun and air. Because fire isn't used to cure them, adobe bricks aren't hard. In fact, they shrink and swell with the weather. Here's where things get problematic: An extremely wet climate prone to flooding might turn the bricks back into mud. Not only that, frequent freezing and thawing can make the bricks crumble. This is why adobe is used primarily in dry, mostly warm climates such as the American Southwest, the Mediterranean region, Latin America, the Middle East and arid parts of Africa and India. However, with careful site selection and construction techniques, adobe can be used in wetter and colder areas.

Before we get to building with adobe, though, let's take a look at its history.

Adobe was one of the first materials ancient humans used to create buildings, dating as far back as the 8th century B.C. The word "adobe" is Spanish, but etymologists trace its origins to an old Arabic word, al-tob or al-tub, meaning "brick."

The Native Americans, who built the beautiful cliff dwellings you can see today at Mesa Verde National Park in Colorado, built pit houses and other structures of adobe before they began using sandstone.

Adobe construction spread throughout warm, dry climates. It was used in Spain and other Mediterranean areas, and the Spaniards who explored the Americas found Native Americans already using it. In the United States, many examples of historic adobe architecture can be found in Southern California and the southwestern states. Santa Fe, N.M., for example, has many adobe structures, including the Palace of the Governors, which dates to the early 17th century. The Historic Taos Inn, also in New Mexico, includes several adobe houses built in the 1800s; tourists often visit the San Francisco de Assisi Mission Church in Rancho de Taos.

The largest adobe building in the world, and probably the most famous adobe structure standing, is The Great Mosque at Djenné in central Mali, near the edge of the Sahara Desert. The Great Mosque was built in 1907 on the ruins of earlier mosques. It has walls as thick as 24 inches (61 centimeters), and arches measuring 45 feet high (13.7 meters) and covers some 62,500 square feet (5,806 square meters). Djenné was long a center of learning and trade, until the late 19th century. Wealthy merchants built elaborate houses from the mud that was plentiful along the creeks that led to the Bani River. The town was built on hills to protect it from the river's floods. Many of these houses still stand today [source: Sacred Destinations].

Today in the southwestern United States, adobe construction is becoming popular again as a way to provide low-cost, energy-efficient housing.

How are adobe houses made, anyway? Keep reading to find out.

Most adobe construction today follows many of the same principles used since the 9th century B.C. -- that is, make mud bricks and leave them out to dry. Some brick-makers use variations: They use artificial heat rather than the sun to dry the bricks, or pour the adobe mixture into larger molds rather than making individual bricks. Others add cement, asphalt or other substances to make the bricks stronger. But bricks that have been dried by fire or that have additives don't have the same appearance and texture as those made in the traditional ways. If you don't want to do it yourself, you can buy ready-made bricks.

Here's how adobe bricks are made:

Here's the basic method for building with adobe bricks:

Adobe may have a long history, but it's positively cutting-edge in some circles. Read on to find out more about modern adobe construction.

Brown Is the New Green

There is a growing interest in new adobe construction, especially in the American Southwest. Because adobe bricks are made of dirt and dried by the sun and air, they're eco-friendly and less expensive than many building materials.

Adobe construction is popular with individuals and organizations interested in low-cost housing that does not harm the environment.

Here are some of adobe's assets:

If you want to learn more about adobe construction, you're in luck. There are private companies that offer classes. Some companies that sell adobe-making kits and equipment offer also instruction. And if you're really serious, you can go to college to learn more. No, really: Northern New Mexico College in El Rito offers the only certification program in adobe construction in the United States. Students spend two semesters in classes and hands-on fieldwork, learning to build traditional Southwestern structures as well as the latest adobe buildings. They learn how to renovate existing structures and how to design and build new ones. You can find more information here.

Having traveled a good bit in the American Southwest, I was aware of the historic adobe buildings there, many of which have stood the test of time. As I researched adobe, I was not surprised to learn how widely this ancient method of construction has been used, but I was awed by the magnificence of some of the structures in Africa and the Mediterranean. The discovery that intrigued me most, however, was to learn that this time-honored method is having quite a revival in parts of the Southwest as a low-cost, earth-friendly, sustainable way for people to build their own homes or for volunteers to help build homes for others. The ancient people knew what they were doing! 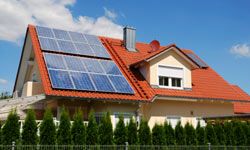 Up Next
10 Technologies Used in Green Construction
Explore More 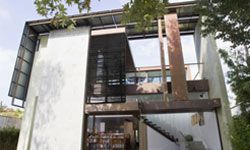 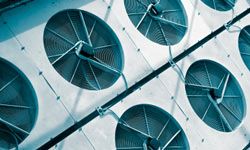