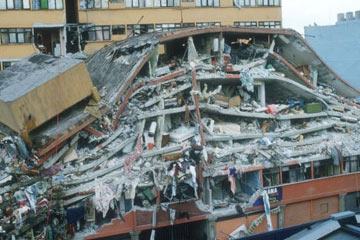 Call it a step in the right direction. When a 7.4-magnitude earthquake hit southern Mexico in March of 2012, the loss of life and destruction of property were far less than the nation had seen in quakes past. Indeed, while the recent temblor destroyed 60 homes and damaged 800 others, only a handful of people were hurt and nobody died. Compare that, though, with the 8.0-magnitude earthquake that hit Mexico in 1985, which you could call a tragedy without any risk of hyperbole: Thousands of homes were damaged, hundreds were destroyed and, worst of all, 10,000 people lost their lives [source: IBHS].

So what accounts for such a dramatic difference? According to the Insurance Institute for Business and Home Safety (IBHS), a non-profit research organization supported by the property insurance industry, it all comes down to Mexico's implementation of greatly improved building codes after the 1985 disaster.

"Mexico has taught the world a valuable lesson -- that strong, well-enforced building codes can and do save lives and reduce property damage," said Julie Rochman, president and CEO of IBHS, in a statement after the more recent earthquake.

If you've ever done a home improvement project or renovation, you're likely familiar with the basic idea of building codes and the term, "brought up to code." In the most basic terms, building codes are a sprawling set of laws -- enforced by building inspectors -- that govern how buildings are constructed in order to ensure public safety [source: McGarry].

Their reach, says Tim McGarry, a Cleveland, Ohio-based construction lawyer and former chairman of the Ohio State Bar Association's construction section, is complete. "They affect anyone who builds a building, including a home, in that jurisdiction." But the way the codes themselves are developed has changed a lot over the years.

The Evolution of Building Codes

Obviously, Mexico is by no means the only nation to have improved standards for construction as a result of tragedy. In the U.S., building codes were similarly developed after a spate of disasters at the turn of the last century, according to Hugh Murphy, a principal at San Francisco-based VMI Architecture, Inc.

"Building codes were developed from early fire codes and insurance company [regulations], which came out of the late industrial period after many disastrous fires that resulted in significant loss of life," Murphy says. "Before codes, builders were left to their own devices in constructing buildings. In some cases, this meant that buildings might have been structurally unsafe, emergency exits might have been inadequate or buildings may have been unsanitary."

That inadequate, scattershot approach began to change in the early 1900s, with the emergence of regional groups that developed model codes, which local governments could adapt to their needs [source: EPA]. On the East Coast and in the Midwestern U.S., an entity called the Building Officials Code Administrators International (BOCA) developed minimum standards to ensure safety; the International Conference of Building Officials (ICBO) handled the development of codes for the West Coast; and the Southern Building Code Conference International (SBCCI) set codes for the South. In 1994, the three groups merged to form the International Code Council (ICC) and develop one standard, national code [source: EPA].

The first edition of the International Building Code came out in 1997, and the ICC now issues new editions -- which include versions for both new and existing buildings, as well as dwellings no taller than three stories -- every three years. An array of stakeholders, including architects, builders and policymakers, have a hand in the International Building Code's development.

Although the emergence of a single International Code Council now means there is one uniform code, that doesn't mean that every city follows the exact same rules. Typically, the ICC's version is used as a template for various locales -- not just in the U.S., but around the world as well -- to develop their own standards. 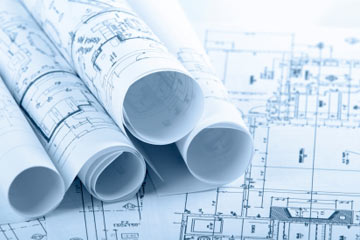 The structural requirements for your project may differ depending on what region you're in.
©iStockphoto.com/doram

If you take a walk around your house or office with an eye to all of the elements that must be in place for it to be safe and well functioning -- fire exits and alarms, for instance -- you'll quickly understand why the International Building Code is hundreds of pages long. And as if that massive amount of information isn't intimidating enough on its own, the ICC makes reference to other codes as well, including the National Electric Code, the International Plumbing Code and the National Fire Protection Association standards. That means that any city or town that adopts the ICC's code needs to adhere to the portions of those other codes that are cited [source: ICC].

Just to give you an idea of how comprehensive the International Building Code is, take a look at a handful of chapter titles, all of which are pretty self-explanatory regarding the subject matter and standards they cover:

According to Tim McGarry, who is with the firm Nicola, Gudbranson & Cooper LLC, most U.S. states go through a process similar to that of Ohio in developing their building codes: They establish an overarching state code, which individual cities can use a starting point for local codes. The Ohio Building Code is based on the International Building Code, although not all cities and towns use the state version as is.

"Municipalities in Ohio are free to adopt stricter standards than the Ohio Building Code if they wish," McGarry says. "At the local level, the codes are generally approved by a city council."

And regional differences continue to matter, too. Kirt Gilliland, a principal at Hughes Marino, San Diego's largest commercial real estate company, says areas prone to earthquakes or tornadoes -- such as California and Florida, respectively -- take those threats into account in developing their standards.

"Areas of California are subject to stricter structural requirements, as they relate to building and systems design, due to the frequency and risk of earthquakes and their potential effect on those components," he says. "For example, ceiling systems must not only have support wires installed, but must also have compression struts (which brace structures against movement) installed." Gilliland adds that codes in places like Florida take into account wind shear, or the force of the wind, and locations that get lots of snow have stricter codes related to loads on roofs.

While there is an understandable urge for homeowners and businesses to want to forge ahead with a building upgrade or addition, it's a smart move to obtain all the required permits first. Whether you plan to do a job yourself or farm it out to a contractor or architect will dictate who needs to get the building permit process rolling. Regardless, following the minimum standards laid out by the local code is a must.

"All plans must be submitted to the local municipality, and they will review the entire project to make sure the plans conform to the specific code requirements," says Kirt Gilliland, of real estate company Hughes Marino. Gilliland adds that it's typical, at least during a commercial project, for a building inspector to show up on-site to ensure the actual construction is following code. In both commercial and residential projects, a building inspector will review a completed project to make sure it complies once the last nail is pounded in [source: Gilliland].

Obviously, following the letter of the law when it comes to adhering to building codes is inherently limiting. It also can increase costs. "Building codes dictate many aspects of design, such as exit locations, the size of a building, the location of a building on the property, the fire resistance of a structure, energy consumption and disabled accessibility," says Hugh Murphy of VMI Architecture. While it would be cheaper to construct a building that doesn't have a ramp to allow for handicap access, for instance, that could be a violation of local building codes.

Here's the good news: The codes that exist when project plans are submitted are the ones that are enforced once a project is completed. That means that if the standards change during the course of construction, you won't be required to alter the project to meet the new codes. That said, if you submit new plans for some reason -- or if you decide to make additions or alterations after the job is done -- you'll have to follow the new code. (That's what bringing a building "up to code" is all about.)

Tim McGarry says that following the permit process is both vital and the main thing do-it-yourselfers fail to do. "They forget, they don't know they're supposed to, they don't want to pay the fee, they want to avoid the hassle," he says. "For whatever reason, they skip this step, and that can cause big problems."

Getting caught with no permit can mean redoing work already completed or, in some cases, tearing down what has been finished and starting over. Which is why McGarry urges anyone considering a home improvement project to head to City Hall and get the proper permits before beginning any project.

"It's the right thing to do," he says. "An added advantage is that the process of obtaining a building permit will tell you specifically what needs to be done to follow the building code."

How Building Permits Work
Do I really need a permit for my remodel?
Do you have to get a special permit to build green?