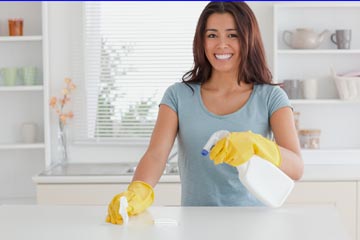 Is she cleaning, sanitizing or disinfecting? Any way, she's really happy to do it.
Wavebreak Media/Thinkstock

Say you've got a big mess on your hands. You've had some food spill in your kitchen, and you need to decide on a product and method to clean up so you get rid of any potentially hazardous germs. Should you sanitize or disinfect? What's the difference between the two anyway?

You might be surprised to learn that, even though people tend to use the terms interchangeably, there's a legal difference. In the United States, sanitizers are agents that destroy 99.999 percent of bacteria in 30 seconds during the Official Detergent Sanitizer Test (a public health test). A good way to understand the logic behind this test is to think of a bartender washing glasses. He'll have to kill as many germs as possible in a short time to be able to put the glasses away quickly.

On the other hand, disinfectants are products that destroy all organisms in 10 minutes during the AOAC Use Dilution Test, a test regulated by the EPA to determine the efficiency of disinfectants. In a hospital situation it's more important to kill all germs even if it takes longer rather than to kill most of them quickly.

So, sanitizing is a chemical process that lessens and even kills germs on surfaces to make them safe for contact. Usually you sanitize in kitchens and other areas that come into contact with food. For example, you sanitize dishes and utensils after using them. You also sanitize toys that children put in their mouths.

Disinfecting requires a stronger solution to destroy germs rather than simply reduce them. You might disinfect areas where you change a baby's diaper. Hospitals disinfect areas that have come into contact with blood or other body fluids.

Both methods are a step up from regular cleaning because cleaning only removes visible dirt. When you sanitize or disinfect, you are removing potentially harmful bacteria that might not be visible to the naked eye. 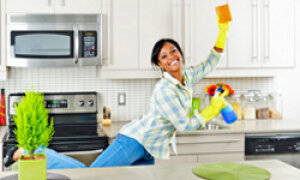 5 Ways to Get in a Cleaning Mood 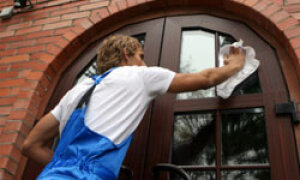 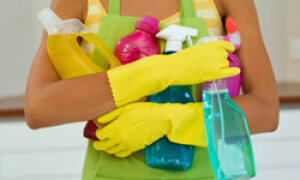 10 Essentials for Your Cleaning Kit