How to Measure Square Footage 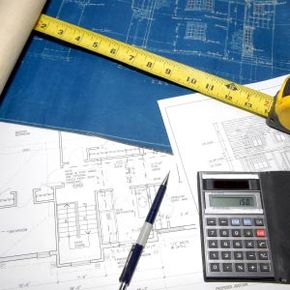 Currently, there are no laws governing how square footage should be measured. ­
iStockphoto.com/Branko Miokovic

­One of the most important factors to consider when buying or selling a house is square footage because it helps determine the market value and therefore the price of a home. Currently, there are no laws governing the way square footage is measured and surprisingly it isn't as straightforward as you might think. Therefore, it becomes the responsibility of the buyer to learn how a home's square footage has been measured and it is the seller's responsi­bility to represent the size of the home accurately.

It wasn't until the mid 1990s that a standard for measuring square footage was developed by the American National Standards Institute, also known as ANSI [source: Boddy]. However, the ANSI standard is only a set of suggested guidelines and there are other standards out there as well. These include the FHA/VA (Federal Housing Administration/Department of Veteran Affairs) standard and the Real Estate Commission standard [source: Propex]. While the ANSI standard is the most commonly used, you should always ask how the square footage of a house was determined.

­To determine the square footage of a house accurately, you'll need to know what should be included and what shouldn't. You'll also need to know whether to measure from the inside of the house or the outside. Aside from knowing the ins and outs of square footage in regard to real estate appraisal, it can also help if you decide to do any home renovations. For example, if you need to get an estimate from contractors to install new flooring, paint the exterior of your home or replace its siding, the contractors are going to want to know your home's square footage.

Square footage is a measurement of area, and area is the measurement of any two-dimensional space contained within a set of lines. Think of it in the sense of a dance floor. Take a moment to imagine a dance floor that is 20 feet by 20 feet (6.09 meters by 6.09 meters). How do we express the area that it takes up? This one is easy, because the dance floor is a square. We simply multiply the width of the floor by the length of the floor, 20 feet times 20 feet equals 400 square feet. Therefore, the total area of the dance floor is 400 square feet (37.2 square meters). The equation is the same for a rectangle [source: MCWDN].

Area of a square or rectangle = Width x Length

It's important to keep in mind that a square foot doesn't necessarily have to be shaped like a square. The dance floor above could be shaped like a triangle and cover the same amount of area. If you were asked to determine the area of a triangle or a circle, the equation would be different, but the concept is the same. Plug in the right numbers and you'll get the right answer. Both equations are listed below.

So we've established that the square in square feet doesn't refer to shape. All measurements of area are expressed in square units -- the standard foot just happens to be the unit used in U.S. real estate.

Read on to find out how to calculate the square footage of a house.

Most houses are shaped like rectangles or squares, which makes calculating the square footage easy, whether you're measuring outside or inside the home. But what if you need to measure inside a house that has an odd number of walls and corners that aren’t 90 degrees? That doesn’t have to be difficult either. Just break it down into smaller rectangles, squares and triangles. Then determine the square footage of each individual section and add them together.

Measuring the overall square footage of a house using the ANSI method is done using the exterior walls. You'll need a long measuring tape -- usually 100 feet will suffice. You'll also need graph paper and a pencil. Pick a corner and make your way around the house moving in either direction. As you make measurements, draw lines accordingly on the graph paper. Each square on the paper will represent one foot. Include any indentations that occur at the floor level only, otherwise disregard them [source: Demesne]. If you measure correctly, your lines should connect and the image on your graph paper should look like the shape of your house. If it doesn't, then your drawing is inaccurate and it's in your best interest to start over.

Each floor of the house should be measured separately at the level of the floor. If the top story of the house is part of an angled roof, the measurements should be taken inside to get an accurate result. Take all measurements to the nearest foot or tenth of a foot [source: Demesne]. There are measuring tapes marked off in tenths of a foot just for this purpose so it might be a good idea to pick one up. Once you've made all the measurements you need, you're almost ready to calculate the total square footage. The only thing left to do is subtract everything that shouldn't be included.

Read on to find out which areas should be included when determining square footage.

It's important to note that the American National Standards Institute developed its standard of measurement with single-family homes in mind. So for condominiums and apartments, this standard, which uses outside measurements, can prove a little misleading in regard to actual useable space [source: Kass].­

Areas to Include When Calculating Square Footage

So you might think that you can just add all your measurements up, complete the calculations and be done, right? Not so fast -- that's how square footage can be confusing in the first place. It turns out there are several areas that shouldn't be included in your calculations.

First off, there's the matter of ceiling height. While you're not measuring the three-dimensional area of a room (length x width x height) to get your overall square footage, in order for a room to be included in the total square footage of a house, the ceiling must be a certain height -- so that crawl space doesn't count. To count in the square footage equation, a ceiling must be 7 feet (2.13 m) tall, or 6 feet 4 inches (1.9 m) with beams or any thing else that might hang down. If the ceiling is angled, it must be 7 feet or higher for at least half of the room's floor area. If it is, then any part of the room with a ceiling of 5 feet (1.52 m) or higher should be included [source: Boddy]. If not, you shouldn't include any of that space.

As for rooms in the house that aren't finished, like basements or attics, they should not be included in the total square footage. In fact, any part of the house that is below ground level -- even if it is only partially so -- should not be included under any circumstances. Even if it a basement area is finished -- which is to say that it is heated the same as the rest of the house and could be lived in year round -- it doesn't count according to ANSI. In the past, many basements were counted as long as they had windows. However, ANSI needed a universal standard and as a result, basements were eliminated completely from their standards for calculating square footage [source: Williams]. Porches may only be included if they are enclosed and heated using the same system as the rest of house. As for lofts and attics, the ceiling rules still apply, and you can only include them if you can reach them by stairs. Any part of a house that requires the use of a ladder to get to it doesn't count.

Outside, garages are not included, period. If the garage is attached to the house, the shared wall will serve as the outside wall of the house when determining square footage. The same goes for guesthouses, pool houses or any rooms that require you to leave the finished area of the main house to gain access. Whether they are finished or not, they cannot be included in the square footage of the main residence [source: Boddy]. They should be reported as "bonus rooms." However, if you have a finished area above an attached garage and you can get to it without leaving the house, go ahead and count it.

While these rules are widely accepted, you'll always want to ask what standards were used to determine the square footage of a house. They may differ from realtor to realtor. If they used different standards, don't be afraid to ask for a detailed explanation of how the square footage was determined.

To learn more, visit the links on the following page.

How Much Is One Square Foot Worth? 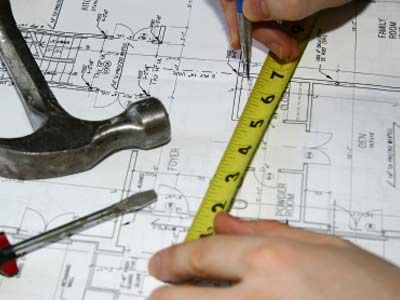 Up Next
Can home improvements decrease a home's value?
Explore More 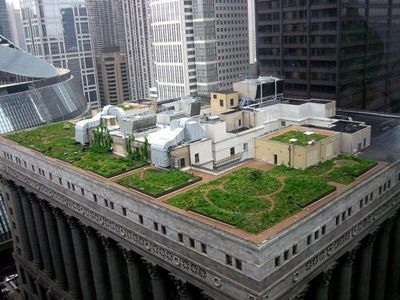 You May Like
Can installing a green roof save you money?
Explore More 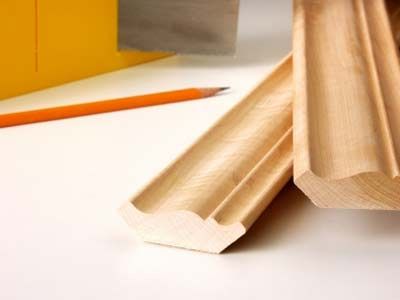