How to Repair Windows

How to Fix Aluminum-Frame Screen 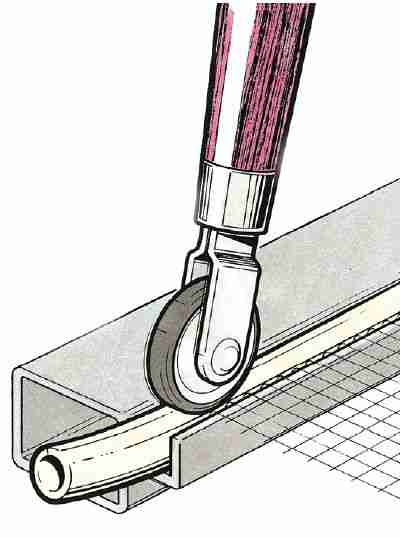 As aluminum (and, increasingly, vinyl) screens grow in popularity, it will be helpful for homeowners to know how to handle and replace them when necessary. The task will be slightly different than a wood-frame screen, but not more difficult.

Look over the screen frame to see if it is in good condition. Be aware that the aluminum-frame screen will require plastic splining, a few inches longer than the diameter of the screen, to replace the old spline.

Step 1: With screwdriver or putty knife, pry up plastic spline that holds old screening in place. Remove the old screening.

Step 2: Lay frame flat, and position new screening over it. Trim edges so screening extends just to outside edges of frame. If necessary, set scrap boards the same thickness as frame under screening to help keep them on same level.

Step 4: When all four sides of screening are in place, cut off any excess screening. Using concave end of splining tool, drive spline into groove to hold screening in place. Start installing spline at one corner, and work around the frame. Cut off excess splining where ends meet.

Window shades receive a lot of use and sometimes snap all the way up too quickly or fall out of the brackets. Instead of repeatedly replacing shades, learn how to tackle these and other common problems in the next section.

On an metal-frame screen, a plastic spline can hold the screening in a groove. To

install the screening, roll the spline into the groove with a splining tool.

Here are the tools you'll want to have on hand to replace an aluminum-frame screen: