Are manufactured homes cheaper than other housing? 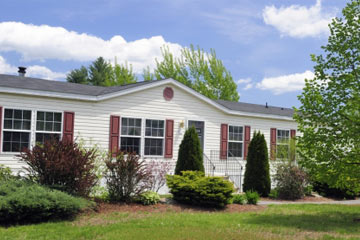 Nearly 20 years ago, Joseph Goldberg was a single father in search of a home. He didn't want to rent an apartment, and he couldn't afford a typical single-family house. So, Goldberg did the next best thing: He bought a home in a community called Atlantic Gardens in Egg Harbor Township, N.J. [source: Rose].

Most people would call Atlantic Gardens a trailer park and Goldberg's house a trailer. But watch what you say. Formerly called mobile homes, "manufactured homes," such as the one Goldberg now owns, have come a long way in recent years. They offer many of the amenities of single-family homes without the high price tag.

Slowly, the manufactured home is gaining respect. Most people think manufactured homes are mobile homes with a different name -- sort of like the "lipstick on a pig" joke. Yet, there are huge differences. First, mobile homes refer to homes built before 1976 when the government didn't have any building regulations for trailers. Since that date, factories have built homes to a higher standard [source: Manufactured Homes Source]. Second, some of today's manufactured homes look just like brand new site-built dwellings. The homes blend in well with the neighborhood, complete with white picket fences and garages. Some models are two stories high, and many have state-of-the art heating and cooling systems and ENERGY STAR appliances.

Not only are manufactured homes cheaper to own than site-built homes, they're cheaper to build and maintain. Go to the next page and find out why.

The Cost of Living Mobile 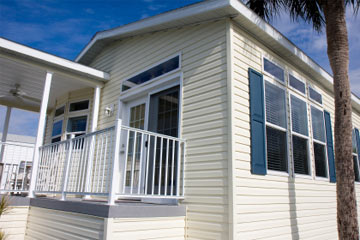 Five years ago, Richard Doherty made his final payment on his manufactured home. For 15 years, Doherty had his home on a rented lot in the Barrington Estates in Barrington, N.H., a bright and airy community with neat gardens and manicured streets. Doherty and 73 other families liked living in the community. When the owner decided to sell in 2005, a wave of angst gripped residents. They feared they would all have to move [source: Kirchhoff].

As it turns out, Barrington Estates is still around, providing a decent, affordable life for those who live there. And that, experts say, is the beauty of manufactured homes. Compared with site-built homes, manufactured homes are affordable, less expensive to maintain, and just downright cheaper.

For one thing, manufactured homes cost 10 to 35 percent less per square foot to build than site-built homes [source: ManufacturedHousing.org]. Homeowners achieve most of these savings at the factory where builders benefit from economies of scale. The factories can purchase massive amounts of materials, products and appliances at cheaper rates than a typical on-site home builder [source: ManufacturedHousing.org].

In addition, workers build manufactured homes on an assembly line, which is far more controlled and efficient than building a house on-site. Too often, bad weather, theft of building materials and vandalism, not to mention the vagaries of agreements with contractors and subcontractors, hamper on-site construction projects. Factories also control labor costs by managing their workers effectively [source: ManufacturedHousing.org].

Those who buy manufactured homes not only save money because the construction process is cheaper, but they can also save by living in special communities that handle expenses for services like lawn maintenance, trash removal, snow plowing and other on-site repairs as part of the rent. Homeowners can rent or own the land on which the house sits. More than 75 percent of manufactured homes are located on private property, while the remaining 25 percent are located in communities where the homeowner leases the lot [source: ManufacturedHousing.org].

A study by the University of New Hampshire concluded that residents who own their own manufactured home communities can sell their homes more quickly and at a higher price than those living in leased communities. Additionally, residents say they have greater control over their lots, and worry less about their park being closed [source: Ward, French, Kelly].

In Absecon, N.J., residents protested a planned manufactured home park, believing it would lower property values. Although the cheapest home in the park would sell for $125,000, one resident berated the park as "low-income" housing. Others feared the park would become a haven for criminals [source: Rose].

Part of the problem is that in many states, such as Florida, communities tax manufactured homes and mobile homes as personal property, similar to motor vehicles. However, if a person owns the land on which their home is located, and the structure is permanently affixed to the property, then the town can place that home on its real property tax rolls [source: Florida Department of Highway Safety & Motor Vehicles].

In communities where manufactured homes are real property, the community taxes the homeowner at the same tax rate as the owner of a site-built home. Communities also tax investor-owned mobile home parks for the land on which the home sits, as well as the house itself [source: ManufacturedHousing.org].

How Home Floor Plans Work
How Prefab Houses Work
What is the difference between a house, a mobile home, a condominium, a co-op and a townhouse?

How Mortgages Work
10 Tips for Packing
What are option fees and rent premiums?