Is it better to replace my washing machine or repair it? 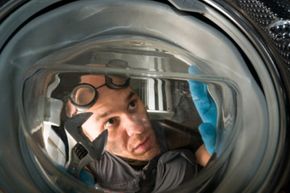 Your first step is to determine what's gone wrong.
Hemera/Thinkstock

It's Saturday morning. A week's worth of towels and the kids' school clothes are piled up and it's time to refresh the bed linens. You've filled the washing machine with the first load of laundry but nothing happens when you push the start button. Panic and frustration set in after a few minutes of tinkering around with no success. You consider your options -- replace it or repair it? The answer would be obvious if it were something smaller and less pricey, like a toaster. But with a little research, introspection and basic math you can reach a sound decision.

As with other investments, asking yourself a few questions about your budget, values and personality can help you decide whether to call it a day and go appliance shopping -- or not. Your first step is to find out what's gone wrong with your washer and how much it would cost to fix. Then there's the issue of dealing with the hassle and stress of the matter.

If your appliance is still under warranty, you may not have to shell out any cash. Unfortunately, if your washer is out of warranty, it's all on you. You may find an appliance repair company willing to diagnose the problem by phone, though. Other technicians charge a fee just for coming out and diagnosing the problem, but they may deduct that cost from the total price of the repair job. Be prepared to pay extra for same-day, weekend or after-hours appointments.

One popular take goes like this: If fixing the appliance costs 50 percent or more of the original purchase price then you should replace it [source: Consumer Reports]. Other folks have a lower threshold and recommend getting rid of a major appliance if repair costs are at least 40 percent of what you paid when you bought the machine [source: Elliot].

If you know exactly what's wrong with your washer, you're well on your way toward making the best decision about the future of that most important of appliances. Some components of a washer are relatively inexpensive and easy to replace, even for the anti-do-it-yourself crowd. It's similar to the decision-making process you'd go through with a car. You wouldn't replace your vehicle because a tire had gone flat (after all, you can air-up the tire or perhaps even change it yourself). But you might contemplate buying new transportation if you knew your transmission needed to be replaced.

A washing machine is made up of a tub, motor, pump, seals, belts and pulleys. Belts and pulleys are very inexpensive and can easily be replaced. They are the equivalent of a flat tire in the car analogy. Likewise, a washing machine's seals are inexpensive and something you could potentially install yourself. Keep in mind, however, that determining which seal is faulty can be a tricky process. A pump is something that a do-it-yourselfer can repair or replace if he or she has the time and desire. But it's also the middle-ground where you have to ask whether it's worth it. A faulty motor usually requires the attention of an expert, and a cracked tub is a no-brainer -- you should get a new machine [source: Fix-It Club].

Only you know your level of competence when it comes to DIY jobs, and only you know what your budget can withstand. Next, we'll look at the cheapest way to go about replacing your washing machine.

When to Replace Your Washing Machine 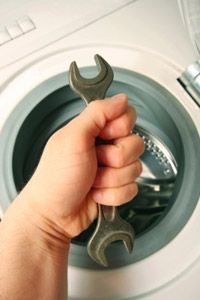 Are you handy or are your just going to make things worse?
iStockphoto/Thinkstock

If repair estimates have you considering a new washing machine, you may also want to consider today's cost for that shiny appliance. After all, prices have probably gone up since you bought your current washer. When weighing whether to toss or keep your old machine, you'll want to do a side-by-side comparison, factoring in how long the old and new machines will last, as well as the costs to operate -- like electricity, water and detergent -- over their anticipated lifetimes.

While they usually have a higher price tag than standard models, some washing machines are designed to use less water and energy. Appliances that bear the Energy Star seal, for example, use 10 to 50 percent less energy and water than conventional models [source: Owens]. (Energy Star is a collaborative program of the United States Environmental Protection Agency and the Department of Energy that endorses energy-efficient appliances.) Front-loading washing machines have become more popular household choices because they use less water and detergent than top-loading washers. Keep in mind that front-loading machines can cost two to three times as much as traditional consumer washers so take your loads per week into account. If you're a frequent washer, the savings might add up quickly. Tax credits and rebates for purchasing energy-efficient appliances can offset the sales price, too.

The average life expectancy of a new washing machine is 11 years. Consumer Reports recommends replacing any appliance that's more than eight years old, unless it's a high-end model and has a particular appeal to you. Others suggest replacing any top-loading washer manufactured in 1999 or earlier. Even replacing a washing machine you purchased up to the year 2005 can reduce water consumption [source: Dunn]. If an appliance is still relatively new yet no longer covered under warranty and has broken down a lot, you may be better off getting rid of it.

If you're concerned about the impact your decision has on the environment, you have even more to consider than monetary costs and convenience. Let's say you're of the opinion that it's greener to fix an appliance at any cost than to junk it. You may not be able to find replacement parts for a washer that's more than 10 years old. And remember that older appliances use more water and electricity than those manufactured after 2005. On the other hand, it may take years for the new washing machine to pay for itself in saved energy consumption. And one final note: old washers don't usually end up in landfills these days. Their steel is recycled.

For more information on replacing and repairing washing machines and other appliances, spin to the next page.

Victoria Vogt "Is it better to replace my washing machine or repair it?" 29 September 2010.
HowStuffWorks.com. <https://home.howstuffworks.com/replace-or-repair-washing-machine.htm> 2 August 2021
Print | Citation 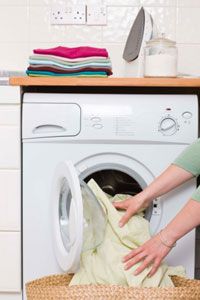 Up Next
What are 'high-efficiency' dryers?
Explore More 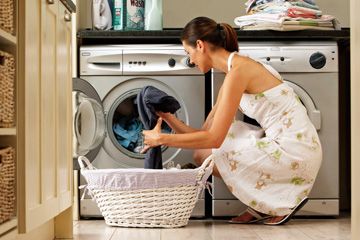 You May Like
How does design affect a washer's energy efficiency?
Explore More 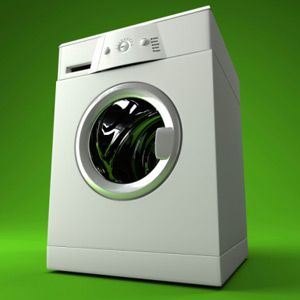