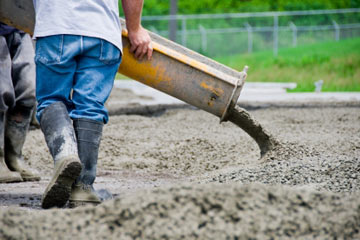 The phone at the London headquarters of Novacem Limited is perpetually ringing. And really, it's not hard to see why. Novacem, which grew out of research conducted at Imperial College in the United Kingdom's capital city and is still housed at the university, is developing a cement it says will be carbon negative -- which, as the name suggests, means that the cement actually soaks up more carbon dioxide than is emitted in its production. Hence all the phone calls from green-minded builders.

"People love the idea and ring us up all the time and say, 'We're building this or that; can I get the cement?'" says John Prendergast, Novacem's strategy and planning manager. However, not one person who has eagerly sought out cement from Novacem has hung up the phone happy. "Unfortunately, it's not the sort of project you can turn around overnight," says Prendergast. "There's a lot of science behind it and still more to do." Prendergast says Novacem is hoping to have a pilot product finished by 2014.

Novacem is just one of a number of global companies -- including Calera in California and Canada's Carbon Sense Solutions -- fielding these sorts of calls and, at least for the moment, turning people away. But the fact that there's so much interest in green cement is a good indication of why a host of companies and researchers are trying to make it a reality. And the market for it could be potentially huge, because, frankly, standard Portland cement -- which, when mixed with water and other materials, hardens into concrete, the ubiquitous building material -- is so environmentally unfriendly. Indeed, the production of cement alone accounts for 5 percent of human-generated carbon dioxide emissions, surpassed only by some very obvious culprits, including the burning of fossil fuels for electricity generation, transportation, and the manufacture of iron and steel [source: Rosenwald]. That percentage could easily rise, too, as China and India continue their rapid industrialization and building booms.

Clearly, then, replacing carbon-spewing cement with a substitute that actually reduces emissions would be a tremendous benefit. Read on to learn about different approaches to addressing this very big task.

The Quest for Carbon Negative Cement

Before taking a look at the approach Novacem and other environmentally friendly cement companies use, let's examine how regular old Portland cement is made. And by old, we really do mean old: The process for making Portland cement was discovered in the early 1800s by an English stone mason and has essentially remained the same ever since [source: Schenker]. In a nutshell, the 3 billion tons of cement that get transformed into 30 billion tons of concrete each year are produced by first digging up limestone, which is primarily made up of the remains of marine animals [source: Schenker].

Transforming the age-old sea creature shells that make up limestone into cement does two things that lead to substantial carbon emissions. First of all, the limestone must be heated to a temperature of more than 2,500 degrees Fahrenheit (1,371 degrees Celsius) to transform it into cement, a procedure that obviously requires the consumption of a large amount of fossil fuels [source: Prendergast]. At the same time, limestone releases a significant amount of carbon -- calcium carbonate is embedded in limestone -- when it is heated to such high temperatures. In total, the traditional approach to making Portland cement emits almost 1,800 pounds (816 kilograms) of carbon dioxide for each ton of cement made [source: Schenker]. According to many scientists, those increased carbon emissions are in turn prompting a warming of Earth's climate and a host of adverse impacts, such as more severe weather, melting glaciers and rising sea levels.

By contrast, companies creating carbon negative cement use different raw materials and less energy. While the exact process and ingredients are proprietary, this is what Novacem will reveal: Rather than using limestone, the company relies on what are known as magnesium silicates, which come from olivine, talc and serpentine. Importantly, magnesium silicates have no carbon embedded in them, which means there are no emissions when they are heated. There's another benefit in using magnesium silicates instead of limestone as source material: They only need to be heated to about half the temperature of limestone in order to produce cement. A lower temperature, of course, means that less fossil fuels are needed for the process to work -- and that fewer emissions are produced along the way.

There's one more aspect to the process of making Novacem's cement that takes it from just being less harmful emissions-wise to actually being carbon negative. In order to make all the ingredients harden into cement, Novacem adds magnesium carbonates, which are produced by combining carbon dioxide and some other ingredients. Although it's a bit complicated, the lowdown is this: Adding carbon dioxide to the cement that would otherwise be emitted into the atmosphere makes it carbon negative. Indeed, Novacem believes that each ton of cement produced could actually absorb one-tenth of a ton of carbon dioxide [source: Rosenwald].

With backing from the British government and Laing O'Rourke, one of the biggest construction companies in the country, Novacem is probably the highest-profile outfit pursuing carbon negative cement. But, as mentioned on the previous page, it's not the only one. In California, for example, a company called Calera has also received backing from the federal Department of Energy and prominent venture capitalist Vinod Khosla for its efforts. In essence, what Calera does is literally take the carbon dioxide emissions being spewed out of a power plant and mix them with water and other ingredients in order to make carbonates that go into cement. Calera already has a pilot operation in California and, in 2011, announced an arrangement to build a cement factory next to a coal plant in China.

Read on to see what difference carbon negative cement could make -- and what challenges exist for it to become ubiquitous. 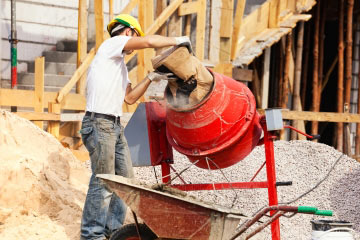 It may take awhile for the building industry to embrace carbon negative cement.
©iStockphoto.com/kryczka

Although Novacem's research efforts have yet to produce cement that's actually used in any construction projects, John Prendergast has ambitious plans for the product's future. "The aim is to develop a cement that can completely replace Portland cement," he says. In other words, he hopes any project that currently uses standard cement could seamlessly sub in Novacem's offering. Replacing one of the greatest sources of carbon dioxide emissions with a product that actually removes carbon dioxide from the environment would obviously be a very beneficial step forward.

There are a host of hurdles, however, that any of the producers of carbon neutral or negative cement will have to overcome. Perhaps most important is simply the manufacture of a reliable product that can, in fact, take the place of Portland cement -- this, of course, will only truly be tested once the companies unveil their cement for commercial applications. Although, according to Prendergast, Novacem has internal results that indicate it will be able to produce a cement that is every bit as strong as Portland cement.

But other questions loom as well. For carbon negative cement to actually replace its much dirtier counterpart, all of the raw materials for its production must be cheap and abundant enough to compete with Portland cement on a cost basis. Calera, for instance, has been criticized because its process necessitates access to rare and expensive alkali deposits -- an accusation the company disputes [source: Romm].

For its part, Novacem attests that access to the raw materials it requires is not a potential barrier at all. Nor, says Prendergast, is cost. In other words, soon after getting up and running, he expects that Novacem cement will have about the same price tag as Portland cement. "Initially, you need to build a few plants before you get cost parity," he says. "Our processing is different, but the engineers we have looking at the process so far estimate that the costs would be about the same."

Acceptance by the building industry and regulators could come as the product proves itself in the marketplace. Then again, if carbon negative cement can be produced at the same price and with the same quality of Portland cement, it's hard to imagine that it won't eventually be embraced.