Could radiant floor heating systems be related to some cancers? 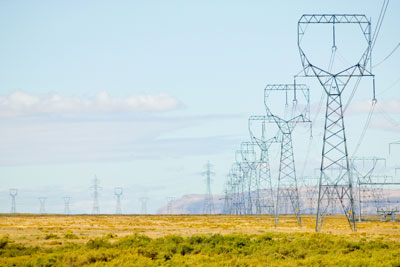 You see high tension wires in the middle of nowhere for a good reason.
George Diebold/Getty Images

Some people say that nothing beats the soothing warmth of a tiled bathroom floor heated by an electric radiant heating system. The concept is simple -- when you're building a new bathroom or renovating an existing one, you lay an electric heating mat on the subfloor and tile over it. The plastic mat, made of heat-resistant polyethylene, contains looped resistance wire that carries an electrical charge, transferring heat to anything it touches. In this case, the heat warms the floor and, over the course of an hour, the rest of the room. It's like an electric blanket without the fabric. But you've probably been told that it's bad for you to sleep under an electric blanket while it's turned on. If that can have ill health effects, then you'd think that the radiant floor system would, too.

Concerns about electric blankets are because of electromagnetic fields (EMF) they emit. Anything that runs on electricity has an EMF -- your microwave oven, clock radio, floor lamp, hair dryer and yes, your radiant floor heating (RFH) system. Before we get to whether or not there's any danger of you getting cancer from your warmed floor, we need to learn a little bit about an EMF.

Every alternating electric current (AC) creates both magnetic and electric fields. Together, they're known as an EMF. The electric field is proportional to the voltage, which moves electricity through the wires. The magnetic field is proportional to the current -- which is the amount of electricity. The EMF is emitted from both the device and the wire carrying the current to the device.

High amounts of EMF are emitted from transmission power lines, also known as high-tension wires, and transformers. Transformers are the small black or grey cylinders on power poles that take massive amounts of electricity from the lines and reduce it to a safe level for your home. Underground power lines use larger green boxes you've probably seen at street level. Some studies show that children living too close to high tension wires have an increased chance of contracting leukemia and other types of cancer [source: DeNoon]. While there isn't definitive proof, most experts agree that you should try to avoid prolonged exposure to high doses of EMF.

So if clock radios and electric razors emit an EMF, can they potentially be hazardous to your health? Or could your electric radiant floor heating system lead to cancer? We'll get to the bottom of these questions on the following page. 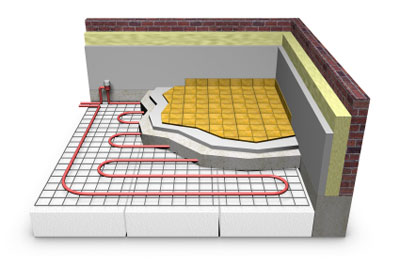 We've established that all alternating electric currents emit an electromagnetic field (EMF). Does this mean that your household appliances are shortening your life? Well, we aren't exactly sure. Prolonged exposure to weak electric fields has been proven harmless [source: Australian Radiation Protection and Nuclear Safety Agency]. The results of exposure to weak magnetic fields are a little more open-ended. There isn't any direct evidence to link weak magnetic fields to poor health, but researchers haven't ruled it out, either, because there's still so much we need to learn about long-term exposure to EMF. Studies on animals have shown that long-term magnetic field exposure can affect hormone and enzyme levels [source: Australian Radiation Protection and Nuclear Safety Agency]. While this in itself isn't exactly a heath risk, results are mixed on whether or not it could lead to cancer in the long run.

The effects on humans are a little tougher to study. Many factors lead to a person getting cancer, so you can't pinpoint EMF exposure as the only cause. There's also a long dormancy period between the time someone is exposed to a cancer-causing agent and the disease itself. Again, this makes it difficult to get conclusive results in human studies. So far, tests have indicated that there isn't a link between weak EMF exposure and cancer. In a 2004 study, Health Canada showed that while electrical devices and power lines can induce weak electric currents that flow through the body, these currents are smaller than those produced naturally by the brain, heart and nerves, and are not associated with any known health risks [source: Health Canada].

So if this is true, then why do health professionals advise to avoid close and prolonged exposure to even weak electromagnetic fields? Don't sit too close to the television. Don't stand directly in front of the microwave if you're pregnant. Don't sleep under a running electric blanket. The easy answer is that using caution is the smart way to live. Some appliances emit more EMF than others, and if we know that all microwave ovens leak EMF, then it makes sense to stand a few feet away. We know that electric blankets create an EMF that penetrates the human body by six to seven inches. If test results are even slightly ambiguous, then reasonable avoidance of EMF emissions just makes sense.

As far as electric radiant floor heating systems go, most manufacturers go out of their way to make sure there isn't a health hazard by shielding the wiring. Americans are generally exposed to less than one microtesla -- the unit of measurement for magnetic fields -- of EMF every day. Unshielded RFH systems can emit 20 to 40 times that amount. There's only one non-biased third party that tests a radiant floor heating system's EMF. The test is called the Radiant Electric Emissions Test (REET). Many companies perform their own testing and profess to be safe, but only those that use the REET procedure can make a substantiated claim.

Many companies test the electromagnetic field of their RFH systems at just a few points several feet above the flooring level -- not exactly where your feet make contact. The REET procedure tests 20 different points at a height of 0.5 inches (1.27 centimeters) above the mats themselves. When you're researching RFH systems, you'll see many that claim to be "zero EMF" or "EMF free." Look for those that use the REET test if you're worried about EMF.

For more information about cancer-causing agents and home renovation, please visit the links on the following page.