Do you crave the simplicity and rapid heating of electric stoves but long for more responsive temperature control? Perhaps your favorite TV chef has won you over to cooking with gas, but the thought of tearing up your kitchen to put in a gas line leaves you cold. Maybe you have a gas stove, but wish you could turn the burner down without the flame guttering. Whichever camp you're in, when it comes to cleaning, chances are you'd just as soon chuck them both for the newer flattop glass-and-ceramic ranges.

But there is another option. Induction cooktops boast speed surpassing electric, temperature response rivaling gas, and safety and cleaning ease that beat out glass-and-ceramic-top stoves. Whereas other stoves heat food indirectly by applying an open flame or a hot surface to the bottom of cookware, induction cooktops use electromagnetism to cut out the middleman and heat the cookware itself. The result is more evenly heated food and a cooler cooktop.

In this article, we'll uncover how the same power-producing principle making Hoover Dam's giant generators possible is helping cooks make easier emulsions and chocolate without a double boiler. We'll also lift the lid on what you should know before buying, installing or working with induction cooktops. Before we get to that, let's take a look at the benefits of induction cooktops and the surprisingly simple physics of electromagnetic induction.

The principle of cooking food in a pot or pan atop a hot surface hasn't changed much since the dawn of cooking, with the cookware acting as the go-between for the heat source and the food. Its main weakness is that the heat source, be it an open fire or an electric stove, only directly heats the part of the cookware that touches it. The rest of the cookware is warmed by heat conduction and, as a result, the food receives different amounts of heat from different parts of the pot or pan. This is why we have to rely on convection to heat a stew and have to stir some foods constantly to keep them from burning in the pan.

If you've ever tried thickening condensed milk or cooking chocolate, cheesecake, custard or hollandaise sauce without a bain-marie (water bath), then you understand the risks of boiling, scorching and separation that go along with cooking this way.

Induction cooktops heat food more evenly by turning the cookware into the source of the heat. They also feature tight, precise temperature control and the capacity for very low temperature settings. Although we can't say for sure that you'll be able to throw away your double boiler or thermal circulator, there are reports of people doing exactly that [sources: Chowhound, Chow]. Induction cooktops also produce less waste heat. This is useful if you're working with sensitive, expensive food that needs to be cooked carefully and kept cold beforehand, such as langoustines or truffles, or if you want to work near the cooktop but not actually cook like you would with caviar.

An induction cooktop can do all of this because of electricity and magnetism.

There's something almost magical about magnetism. As children, we're captivated by a magnet's ability to affect metals like iron, nickel and cobalt without touching them. We learn about attraction and repulsion between magnetic poles and witness the shape of a magnetic field formed in iron filings surrounding a bar magnet. Physicists tell us that electromagnetism, the force governing both electricity and magnetism, is many times stronger than gravity. The suspension of a maglev train above its track is a striking example of this power.

As the name "electromagnetism" suggests, electricity and magnetism are very closely linked. This relationship allows them to affect each other without contact, as in the maglev train example, or through electromagnetic induction. Electromagnetic induction occurs when a circuit with an alternating current flowing through it generates current in another circuit simply by being placed nearby. An alternating current is the kind of electricity flowing through power lines and home wiring, as opposed to a direct current, which we get from batteries.

How does one circuit cause a current in another without touching it, and what does any of this have to do with magnetism? Before we get into that, we need to look at a few principles linking magnetism and electricity:

Adding these three properties together means that a changing electric current is surrounded by an associated changing magnetic field, which in turn generates a changing electrical current in a conductor placed within it, which has its own magnetic field…and so on. It is the electromagnetic equivalent of nesting Matryoshka dolls. Thus, in the case of electromagnetic induction, placing a conductor in the magnetic field surrounding the first current generates the second current.

Induction is the principle that makes electric motors, generators and transformers possible, as well as items closer to home such as rechargeable electric toothbrushes and wireless communication devices. If you own a rice cooker, chances are you already cook using induction. Now let's look at how induced current is used to turn up the heat in induction cooktops.

Faraday's Law, discovered in 1831 by Michael Faraday, states that the induced electromotive force in a closed circuit is equal to the time rate of change of the magnetic flux through the circuit. Under Faraday's Law, electric current is induced only if either the magnetic field is changing or the conductor is moving. Generators, for example, spin a coil of wire around a magnet to produce a steady current [sources: BBC, National Academy of Sciences, Cassidy et. al.].

In the previous section, we learned how the changing magnetic field associated with an alternating current induces a current in a second conductor placed in that field. Induction cooktops work the same way: Coils located just beneath the cooktop's elements carry an alternating current, creating a changing magnetic field. When iron-rich magnetic cookware, or ferromagnetic cookware, is placed in that field, it acts as the second conductor and a current is induced on it. That current is converted to heat inside the cookware, which is used to cook the food. Confused? Don't worry -- we skipped a few steps. Now that we've laid the groundwork, let's walk through the process step-by-step.

When a ferromagnetic pot or pan is placed on an induction cooktop's cooking element, a small current of about one volt is induced on the cookware's bottom surface [source: Peters]. The current has an associated magnetic field, which induces smaller electric currents, called eddy currents, inside the cookware. These currents come equipped with their own magnetic fields. The result is a lot of swirling, churning, pushing and pulling of molecules within the material of the cookware.

The high vibration speed needed to produce a useful cooking heat within the cookware requires a very high rate of change in the magnetic field and, consequently, a high frequency of alternating current flowing through the induction coil. Induction cooktops accomplish this via a series of electronic devices that increase the current and frequency while also protecting home and appliance wiring, including a transformer, rectifier and inverter. When the current finally reaches the induction coil, it's been increased to a frequency roughly 1,000 times higher than that of a wall socket [source: Peters].

In order to make this molecular mosh pit useful for cooking, it must be converted into heat. That's where the need for iron-containing cookware comes in. Iron is a relatively poor conductor of electricity, which is another way of saying it has a high resistance. When a current is run through a material with a high resistance, much of the current is converted to heat. Most of the heat used to cook food on an induction cooktop comes from this electrical resistance, and the rest comes from heat generated by changes in the magnetic structure of the cookware, which is called magnetic hysteresis losses.

It's a clever way to cook, but like all technologies, it does have its pros and cons, which we'll look at in the next few sections.

If you're enough of a foodie to be considering an induction cooktop, there's a chance you've acquired some glass, copper or aluminum cookware over the years. If so, brace yourself, because you're not going to be able to use any of it on your induction cooktop -- induction cooktops require ferromagnetic cookware to work.

While it's theoretically possible to make an induction cooktop that's compatible with other types of metal cookware, the industry isn't currently headed in that direction, primarily because the amount of energy required to do so would make the units inefficient. Remember, induction cooktops use the high resistance of iron to their advantage, converting a little current into a lot of heat -- highly conductive materials like copper or aluminum would require much higher frequencies to make their small resistances add up to much heat. With this in mind, some manufacturers have begun adding an iron plate to the bottom of their nonferrous cookware to allow them to work with induction cooktops.

The good news is that you probably already have magnetic cookware in your house. Your cast-iron skillet is a sure bet, and much of your stainless steel should work fine, too. If you aren't sure if your cookware will work, simply hold a magnet to the bottom of it. If it sticks, you're in business. Also, some induction cooktops have built-in detectors that will tell you if a pot or pan is appropriate.

Now that you know the basics of how induction cooktops work, you're probably wondering what makes them any better or worse than cooktops with radiant elements, such as electric coils, gas burners or glass-ceramic stovetops. Here are some of the pros and cons of induction cooktops:

Bubbling over with excitement to go out and buy an induction cooktop? Let's simmer down for a moment and go over some key points about installing one.

Here are some important tips to mull over before you buy an induction cooktop.

Now let's get wrap things up by dishing out some induction cooktop features to ask your appliance seller about. 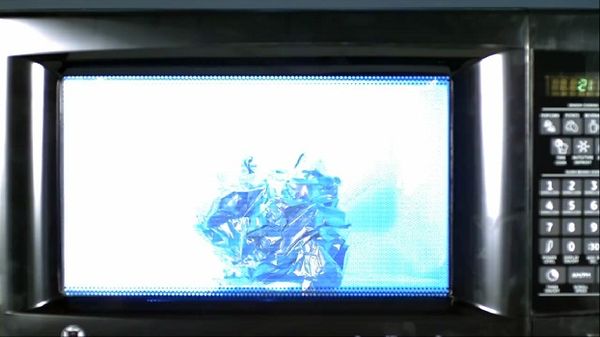 Up Next
Microwaves
Explore More 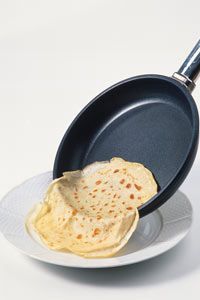