10 Signs You're a Disorganized Mess 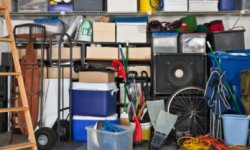 The fine line between order and chaos.
iStockphoto/Thinkstock

One man's trash is another man's treasure; so, too, is one man's disorderly train wreck another man's successfully organized system of piles. There are, however, some warning signs that identify the sufficiently disorderly members of society -- the people most in need of a little structural savvy.

You know who you are! Or do you? Read this article to find out if your system (or lack thereof) counts as disorganized to the extreme. It could be a garage crammed to the gills with four seasons of disheveled outdoor gear or a junk drawer that has taken the word "junk" to the extreme. Whatever the particulars, these are the signs to look out for when you suspect you've crossed the line between "messy" and "disorganized mess."